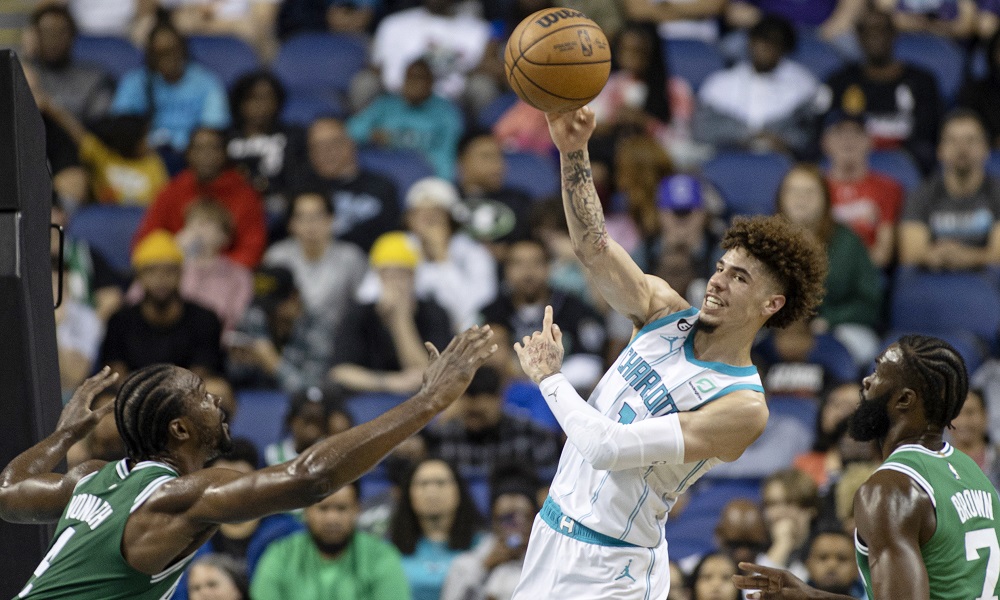 The Charlotte Hornets are working things out in the preseason. They may have fallen to 0-3 after their 112-103 loss on Friday, but there is video proof of star point guard LaMelo Ball and Kelly Oubre Jr. building chemistry.

The key to an NBA team competing for a title is their team chemistry. This can be more important than the talent on the roster. An NBA team could be stacked with talent, but if their chemistry is bad, they won’t win a championship.

We have seen proof of this, like last year’s Brooklyn Nets and the 2004 Los Angeles Lakers. Chemistry is the key to having a successful season.

This is exactly what the Hornets are trying to do with these preseason games, build the chemistry that will affect them later during the season in a positive way.

For this reason, fans shouldn’t be too worried about the Hornets’ record in the preseason. Instead, they should be excited about the chemistry the team is building, like in the video posted below between LaMelo Ball and Kelly Oubre Jr.