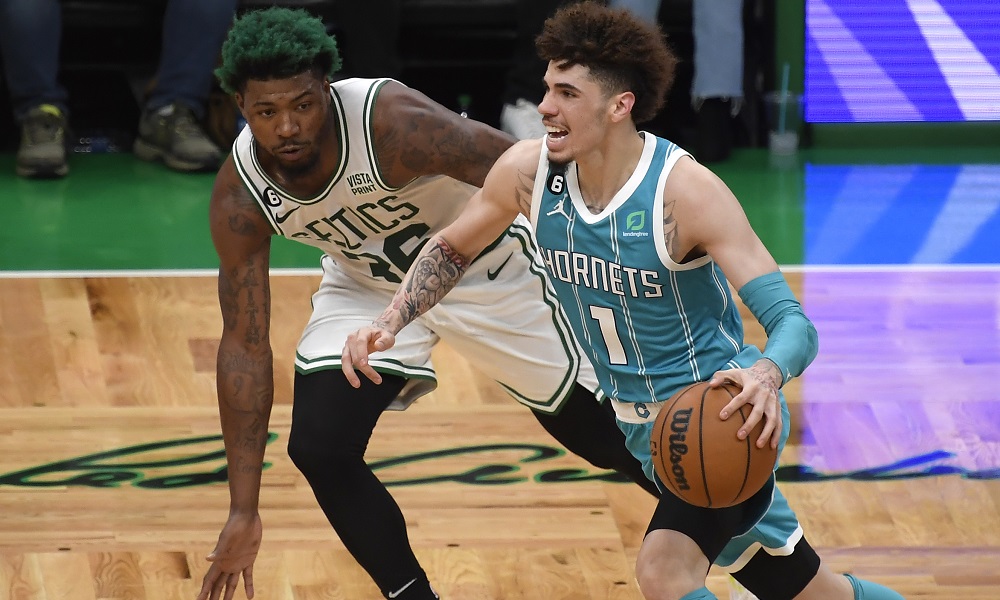 Now, this was only a preseason game, so this may not affect the regular season, but there still are some takeaways from this game. First, the Hornets starters, including LaMelo, played okay, especially at the start of the game.

Three of the Hornets starters were in double figures, despite all playing under 26 minutes. Kelly Oubre Jr. led the Hornets with 17 points, LaMelo added 14 points, 7 rebounds, and 4 assists, and Terry Rozier chipped in 11 points.

Excuse me, coming through ☝️ pic.twitter.com/KeIoRxgUof

LaMelo did struggle to find his touch in the game, shooting only 5-19 from the field. His overall floor presence and getting teammates involved were good, but if he continues to have shooting nights like this, the Hornets could be in deep trouble this season.

Overall, though, the Hornets starters looked decent out on the floor. The main problem appeared to come from their bench. The Hornets bench didn’t give much production offensively, and this includes LiAngelo Ball, who went scoreless in 3:55 minutes.

It wasn’t just their scoring; the Hornets’ defense, especially when the bench was in, didn’t show up to stop the Celtics’ attack. In the second quarter, Boston went crazy from deep, nailing nine of their 17 three-point attempts.

Is LaMelo ready to lead the Hornets to the playoffs?

This is LaMelo Ball‘s third season in the league, and many Hornets fans are expecting him to take full control of the team this season. If the Hornets want to have any chance to make the playoffs, then LaMelo will need to take the leap to land in superstar status.

As mentioned earlier, the Hornets bench doesn’t appear to be too strong. Maybe LiAngelo Ball will get more than 3:55 minutes on the floor to show what he can really do because if he and the other bench players don’t, the Hornets might be fighting for a lottery pick.

The Hornets need to tighten up their defense as a whole if they want a realistic shot at competing this season. LaMelo will also need to be more efficient from the floor and especially from deep, as he shot just 2-8 from three.

The biggest takeaway from the Hornets opening preseason game is, can LaMelo turn into a true leader for Charlotte? If he can, the Hornets might surprise everyone this season.

The Hornets will have a chance to redeem themselves on Wednesday night when they play the Indiana Pacers. Let’s hope the team comes out with a much better defensive showing.