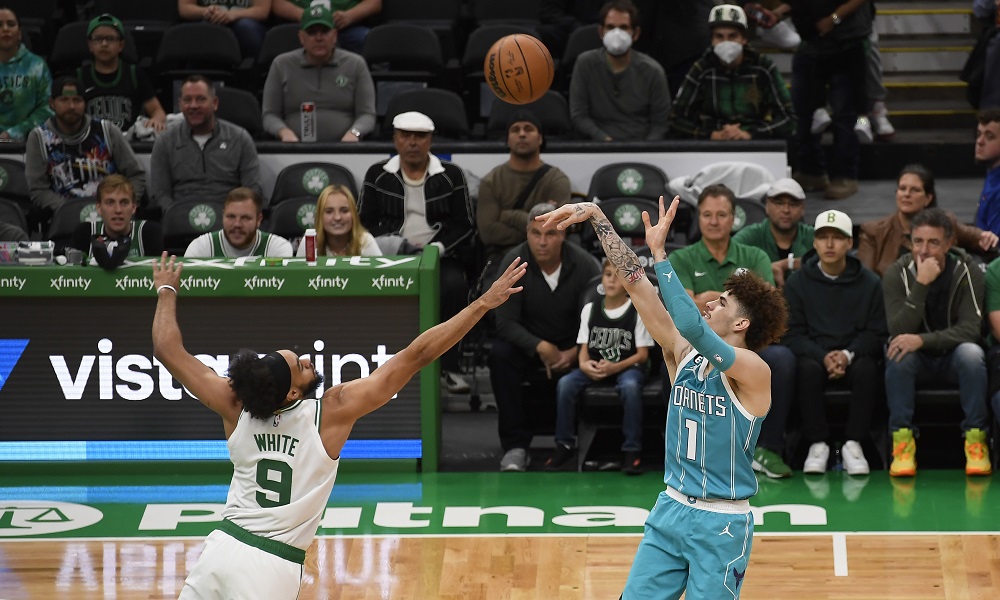 The Charlotte Hornets fell to the Boston Celtics in a 134-93 drubbing. With three typical starters out, the Hornets could not withstand the onslaught from the reigning Eastern Conference Champions.

LaMelo Ball did not have the best start after a near six-month layoff. He finished with 14 points, 7 rebounds, 4 assists, and 3 turnovers in 25 minutes of action. He also shot 5-19 from the field and 2-8 from the 3-point line.

The silver lining was a 10-point turnaround in the third quarter. In a two-minute span, LaMelo shot 3-4, including 2-2 from 3, and 2-2 from the free throw line. He exited shortly after for the remainder of the game.

Most players look to preseason to get their legs and timing back. It was clear LaMelo, nor his teammates were in sync, which is nothing for any fan to be concerned about.

The Hornets will welcome the Celtics for their preseason home opener, Friday, October 7.