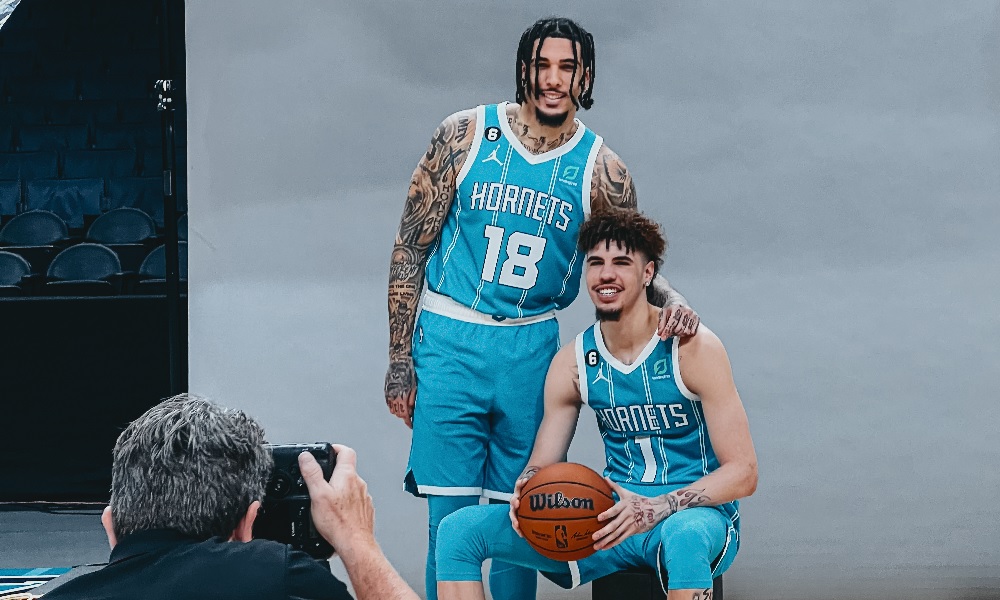 The Charlotte Hornets opened its season with a bang blowing out the San Antonio Spurs 129-102. This accomplished without the services of LaMelo Ball.

Just last week, it was reported LiAngelo Ball was waived by the Hornets just days before the season started.

With LaMelo out for one to two weeks, things appear bleak for LiAngelo currently.

Related: LaVar says LiAngelo could have been a top 3 NBA Draft pick

LaVar Ball on the other hand, remains as confident as ever in his middle son. During a recent interview with YouTuber, Ball Facts, LaVar made it clear LiAngelo is the missing piece for the Hornets.

“I tell you what, what you don’t want is them two playing together, and Gelo get Rookie of the Year,” said LaVar. “Because he’s gonna score 20, 3o points easily with his brother.”

As things stand, LiAngelo appears set to rejoin the Greensboro Swarm in the G-League. This will allow him to again prove himself before joining the big stage in the NBA.

Take a look at LaVar’s comments on this matter below.