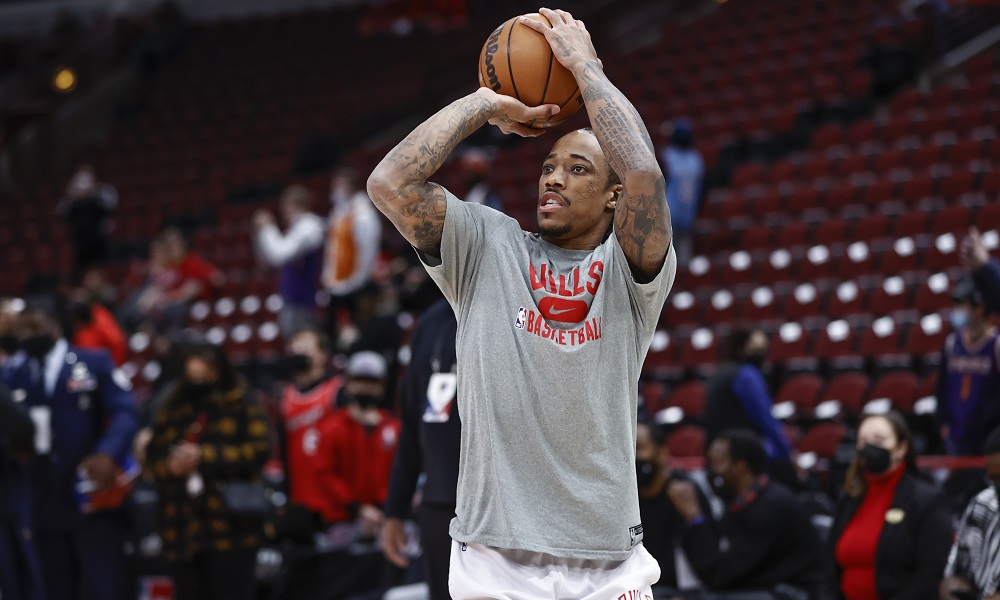 Related: Chicago Bulls Season Opener: The Bulls Will Be Without Lonzo Ball and Zach LaVine

The Bulls shock the Heat

The Chicago Bulls were sticking close to the Miami Heat in the first half. In fact, the score was tied at 59 at the half. Then, the third quarter happened.

The Bulls may have been without Lonzo Ball and Zach LaVine, but they had DeMar DeRozan. In the third quarter, DeRozan scored 19 big points to help build a 96-86 lead heading into the fourth quarter.

The Bulls extended the lead at first but saw the lead shrink as Miami looked to take control of the game. Chicago didn’t panic, though, as they continued to fight.

A big play came when Bulls center, Nikola Vucevic, drilled a huge three-pointer that gave the Bulls a 107-98 lead with 4:59 remaining in the game… The Bulls wouldn’t look back.

The Chicago Bulls shocked everyone with their 116-108 victory on opening night. DeRozan finished with a game-high 37 points while adding 6 rebounds, 9 assists, and 2 steals.

The man who replaced Lonzo Ball, Ayo Dosunmu, had a solid game with 17 points, 6 rebounds, 4 assists, and 2 steals. The veteran Goran Dragić gave Chicago a huge lift off the bench, finishing with 12 points on 4-8 shooting and 4-5 from three.

The Chicago Bulls are happy to get the win, especially without their two stars. Chicago’s next game will be this Friday, October 21, against the Washington Wizards. Hopefully, we see this effort once again, and Chicago may be looking at a 2-0 start to the season.