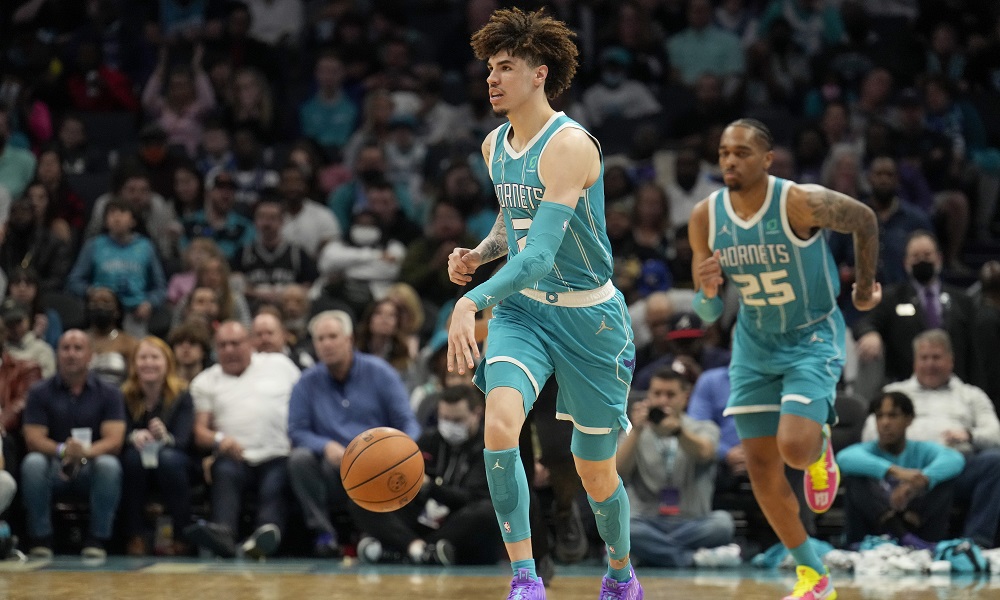 The Charlotte Hornets, like the Chicago Bulls, shocked everyone by getting the win in their season opener. Both teams dealt with injuries, including to the Ball brothers, LaMelo Ball and Lonzo Ball. Still, the teams fought hard and earned the W.

The Charlotte Hornets opened their season in Texas as they took on the San Antonio Spurs. Now, the Spurs are not considered a good team; they are far off from their Tim Duncan days. Still, after the Hornets’ terrible showing in the preseason, with the injury to LaMelo Ball and the off-court problems the team faced, the Hornets weren’t given much of a chance.

The Hornets proved everyone wrong with their performance in their season opener. The team played like a team, sharing the ball and bringing a balanced attack that the Spurs couldn’t stop. Charlotte won 129-102 over San Antonio.

The Hornets had seven players score in double figures, led by Terry Rozier‘s 24 points on 10-19 shooting and 4-7 from three. If the Hornets keep up this good team play, they could surprise everyone in the East once LaMelo returns to action.