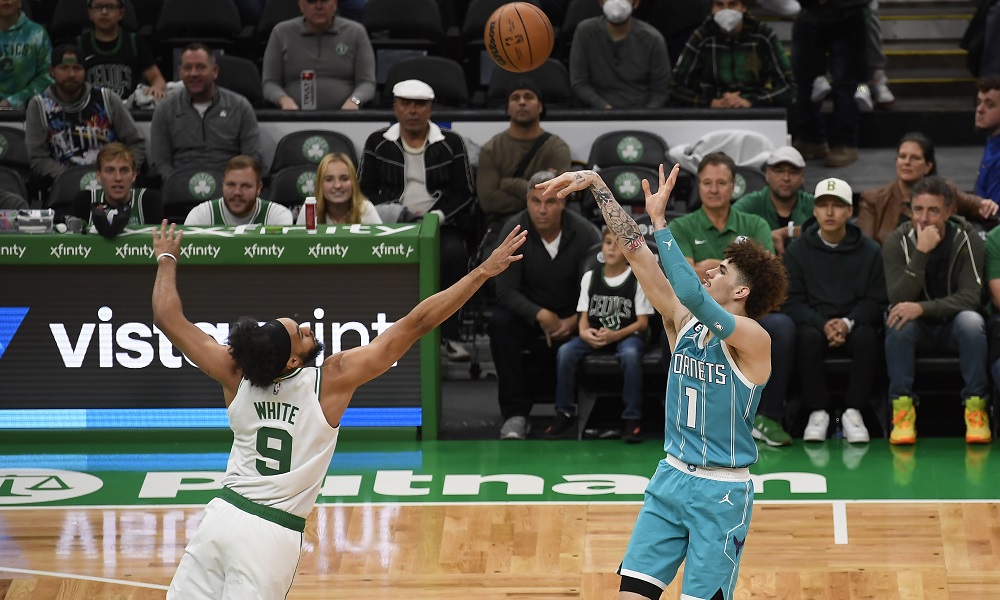 Today’s NBA is a game of shooting three-pointers (thanks, Stephen Curry). In high school, LaMelo Ball went viral for hitting long-distance threes. So, we wondered, after his first two seasons, how many three-pointers has LaMelo made in his career?

LaMelo Ball is only entering his third NBA season, but he has certainly impressed so far. From winning the Rookie of the Year Award to cracking Sports Illustrated’s top 50 out of 100 best players list this offseason, LaMelo is approaching superstar status.

One player LaMelo somewhat plays like is Stephen Curry. They both have a great handle on the ball, and of course, they can both hit long three-pointers.

According to the statistics website of StatMuse, LaMelo has made 312 three-pointers. We hope to see LaMelo return from his injury sooner than later, so he can add to his three-point total.