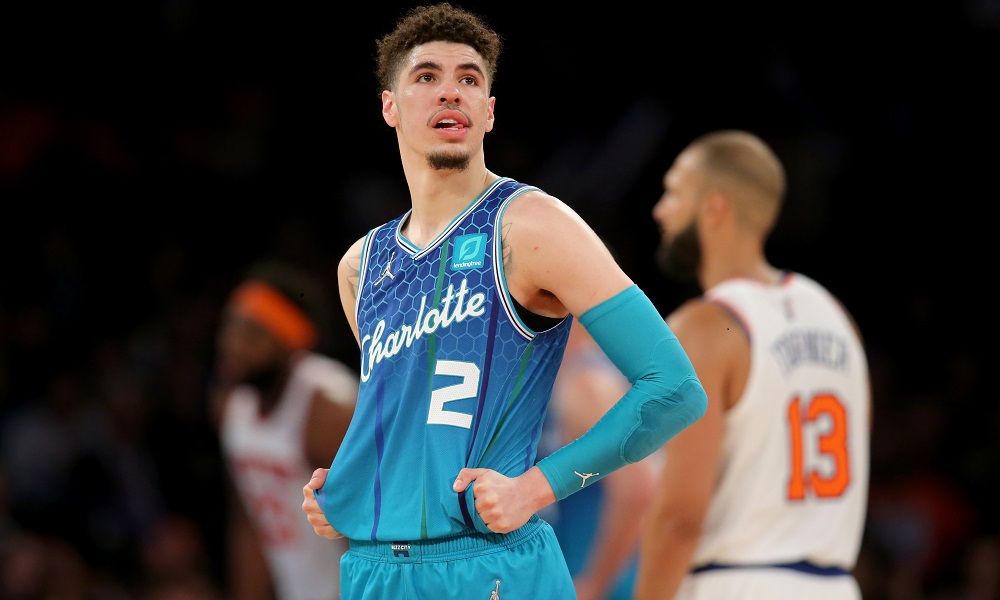 This is fantastic news for the entire Ball family and for the Charlotte Hornets. When the Hornets decided to draft LaMelo, they were hoping he’d become a franchise player who could eventually lead the team to a championship.

Related: LaMelo Ball on his first conversation with Michael Jordan: “Even when I spoke to Michael Jordan on the phone, it was all love”

The NBA is full of talented basketball players, which is evident since they are professionals. There is a talent gap between these players, as a role player isn’t on the same level as a star player.

LaMelo Ball isn’t a role player, and he’s certainly on his way to becoming a star in this league, and some might claim he’s already there. LaMelo’s growth in his second season has awarded him with his new ranking on Sports Illustrated’s top 100 list.

Last year, LaMelo was ranked just outside the top 50 at 51. This year LaMelo cracks the top 50 by landing at 42. LaMelo’s usage increased in his sophomore season, as he touched the ball about 12 more times compared to his rookie season.

The more touches a player gets, the more he can do on the court. This is evident by LaMelo’s points, rebounds, and assists averages, all increasing in his second season.

If LaMelo continues to develop as a player in his third season, the Hornets have a real shot at making the playoffs. Maybe LaMelo’s play will be so great this year that he’ll crack the top 25 in next year’s Sports Illustrated’s top NBA player rankings. Only time will tell, but I’m sure LaMelo is up to the challenge.