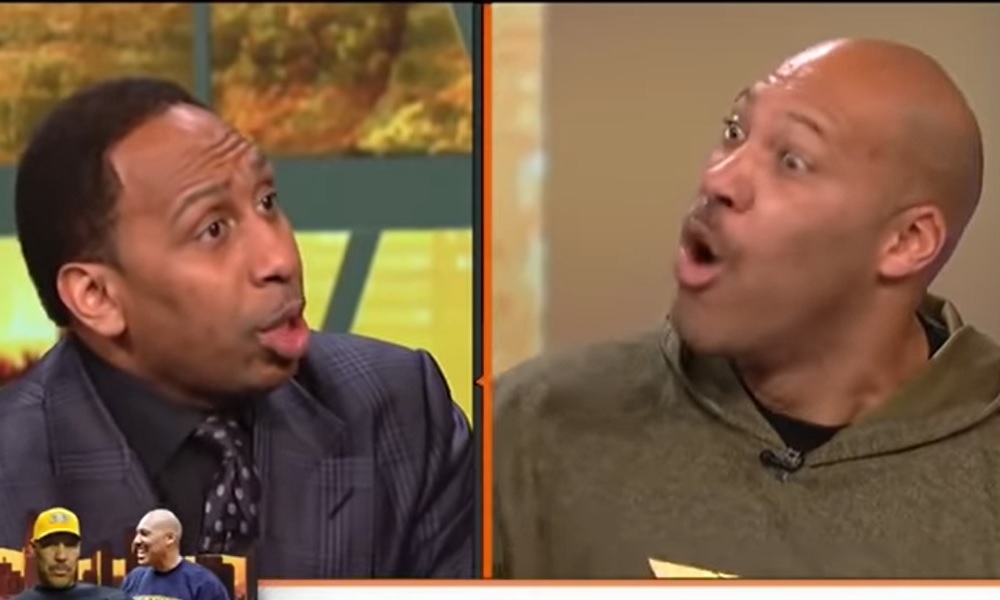 It has been over five years since LaVar Ball first darkened the doors at ESPN. The braggadocios father of three boys was making his media rounds introducing himself to the sports world. He did that and more during an epic and memorable appearance on First Take.

On March 23, 2017, LaVar and Stephen A. Smith went head-to-head in one of the most entertaining moments First Take has ever had.

At the time, LaVar was riding high on the Big Baller Brand wave and the prophetic claims he had made — that subsequently seemed to be coming true. With remarks claiming his son, Lonzo Ball is better than Steph Curry, he immediately polarized the basketball world overnight. Not only that, he predicted UCLA would win the NCAA Championship, and with its best start in 10 years, he was looking more and more like a deity of sorts.

Smith however, was not ready to buy into the LaVar Ball hype and wanted to challenge him on a few points. One in particular was LaVar’s notion of beating Michael Jordan one-on-one in his “heyday.”

After going back and forth on other topics, Smith found a moment to press LaVar on this very subject. “We’re talking about the GOAT here, the greatest of all time, Michael Jordan,” said Smith. “And you’re running your mouth talking about you’ll beat him one-on-one, why would you say something so blasphemous!”

While all of this was good natured, the temperature in the room was certainly elevated from that moment on, and LaVar, the ultra showman, knew how to take the baton.

Then, he delivered the line that will remain in basketball scripture until the end of time.

The seriousness and conviction of the delivery had Smith befuddled and frustrated.

“Why are you saying stuff like this?” Smith questioned. “Is this another marketing tool of yours?”

Smith acknowledged repeatedly how great of a marketer LaVar was as well as the exceptional job he and his wife Tina had done raising three young men.

The shouting match eventually ended with Smith being left speechless and LaVar offering him some pancakes with strawberries.

Unfortunately, these days LaVar is no longer welcome at ESPN. But fans will forever remember this moment and how it launched LaVar and Big Baller Brand even further. See a clip of the segment below.