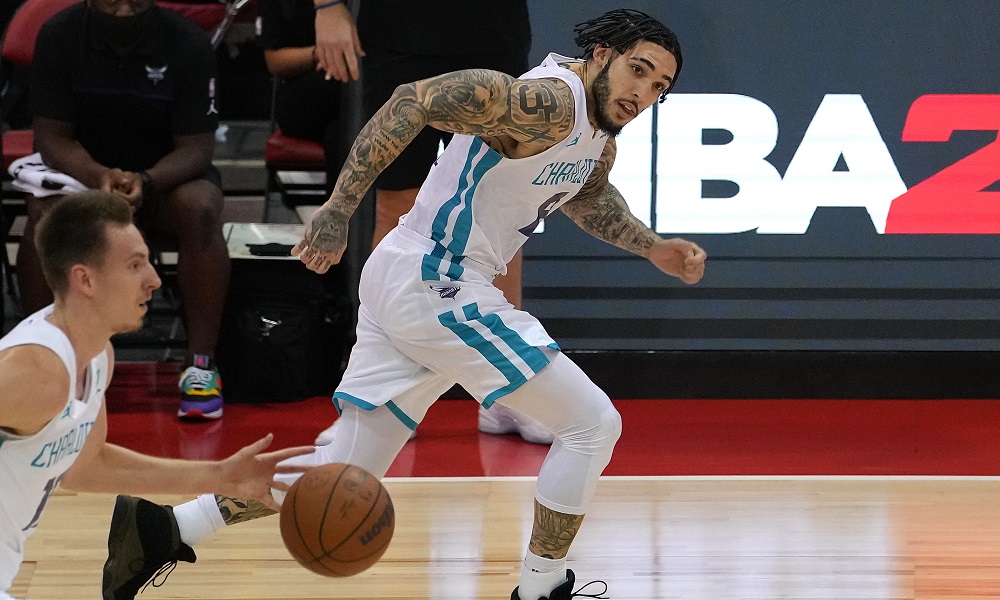 The Hornets suffered a fourth straight preseason loss yesterday against the Washington Wizards, but that’s not all. Their star guard, LaMelo Ball, left the game with an injured ankle. So, we now have to wonder what LaMelo’s injury might mean for LiAngelo.

LiAngelo Ball is on a non-guaranteed contract, which means he could be let go any day. In four preseason games, LiAngelo has seen less than 14 total minutes, including not playing at all in the Hornets’ third game against the Boston Celtics.

Related: The Hornets fall to 0-4 in the preseason as LaMelo Ball injures ankle

There are questions going around about if LiAngelo will be on the Hornets’ roster by the start of the regular season. Now that LaMelo has injured his ankle with no current timetable to return, we wonder if this will give LiAngelo more time on the court.

LiAngelo can not replace what LaMelo can do on the floor; the two are different players, for sure. What LiAngelo can do is add energy to the team, which they surely will need with LaMelo being sidelined.

All LiAngelo needs is a chance, which is something his brother Lonzo tweeted when the Hornets recently signed him.

Hopefully, LiAngelo does see more playing time in the Hornets’ final preseason game this Wednesday against the Philadelphia 76ers. With Lonzo and now LaMelo out, LiAngelo will need to “ball out” for his Ball brothers.