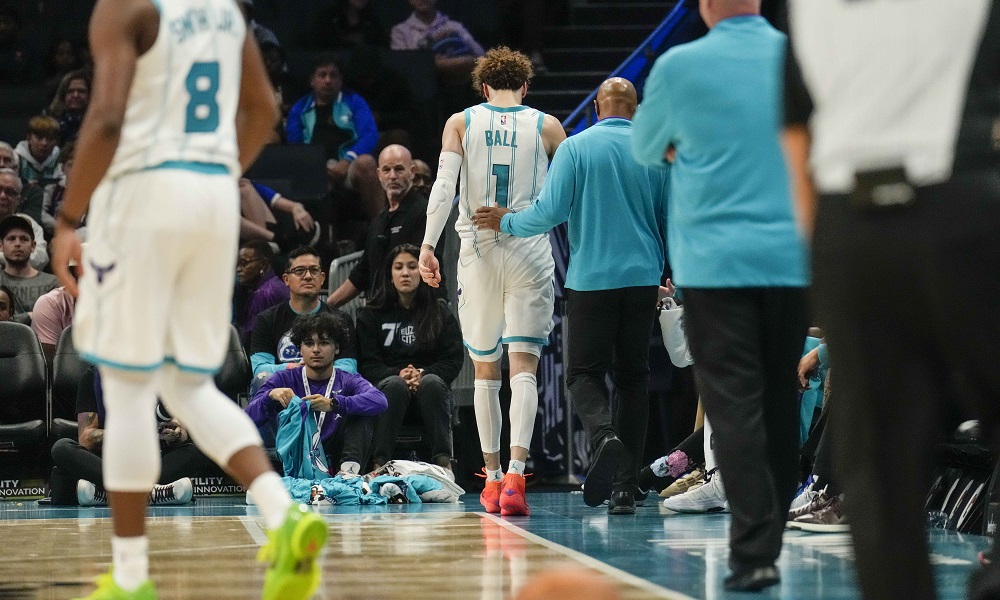 The Charlotte Hornets were back in action tonight against the Washington Wizards, and they were hoping to get their first victory. Instead, the Hornets fall to 0-4 in the preseason after losing 116-107 to the Wizards.

The loss wasn’t the worst thing to happen to the Hornets. With 8:08 remaining in the third quarter, LaMelo Ball injured his left ankle.

LaMelo would exit the game and not return. This is not the news Hornets fans wanted to hear, especially not from a preseason game.

Related: LaMelo Ball and the Charlotte Hornets’ chances in the 2022-23 season, according to DraftKings

The Charlotte Hornets were not a team expected to go far in the regular season, and if LaMelo Ball has to miss a lot of time to start the season, the Hornets’ slim chances could be wiped away. At this time, we’ll have to wait and see how bad LaMelo’s ankle injury is.

Hopefully, it’s not that serious, and LaMelo can be ready for the Hornets’ opening game of the regular season on October 19 against the San Antonio Spurs. The Hornets’ last preseason game is this Wednesday against the Philadelphia 76ers.

It’s safe to say LaMelo will most likely not play in this game. Maybe we’ll see more of LiAngelo Ball, who only saw 4:18 seconds of action tonight. We wish LaMelo a speedy recovery.