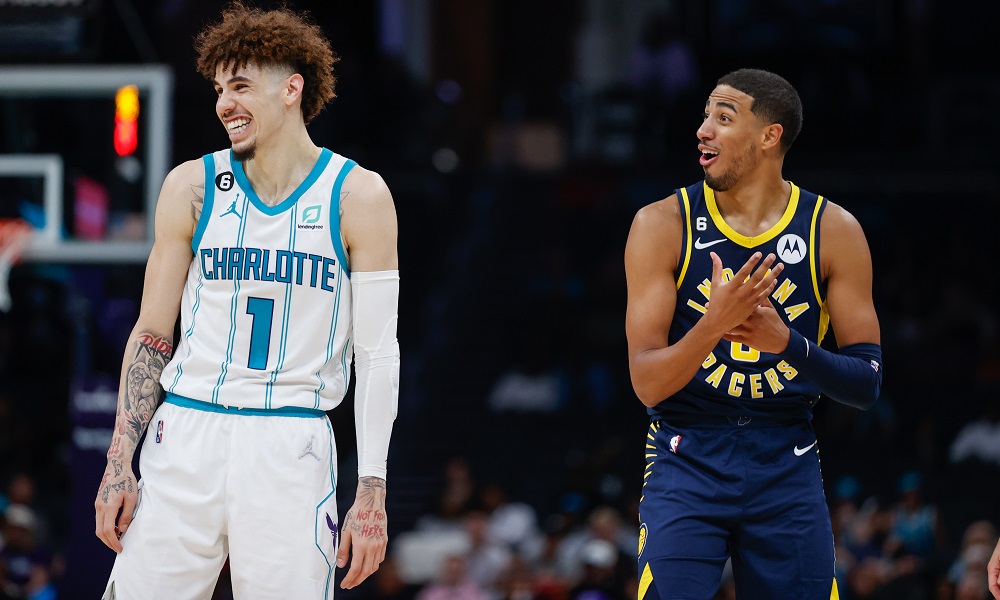 The NBA can be a serious place for players, as they are trying to compete for a championship. Yet, sometimes things can be relaxed, like when LaMelo Ball and his teammates lost it when Kai Jones did a split.

Kai Jones is entering his second season in the league, and after only appearing in 21 games as a rookie, Jones is looking to have a bigger impact this season. A player that has had a big impact ever since entering the league is teammate LaMelo Ball.

A video has recently hit the internet of Jones dancing around his teammates, including LaMelo Ball. In the video, Jones performed a split at center court, and LaMelo lost it by laughing and running off the court.

To see the hilarious split, check out the video from ClutchPoints below.