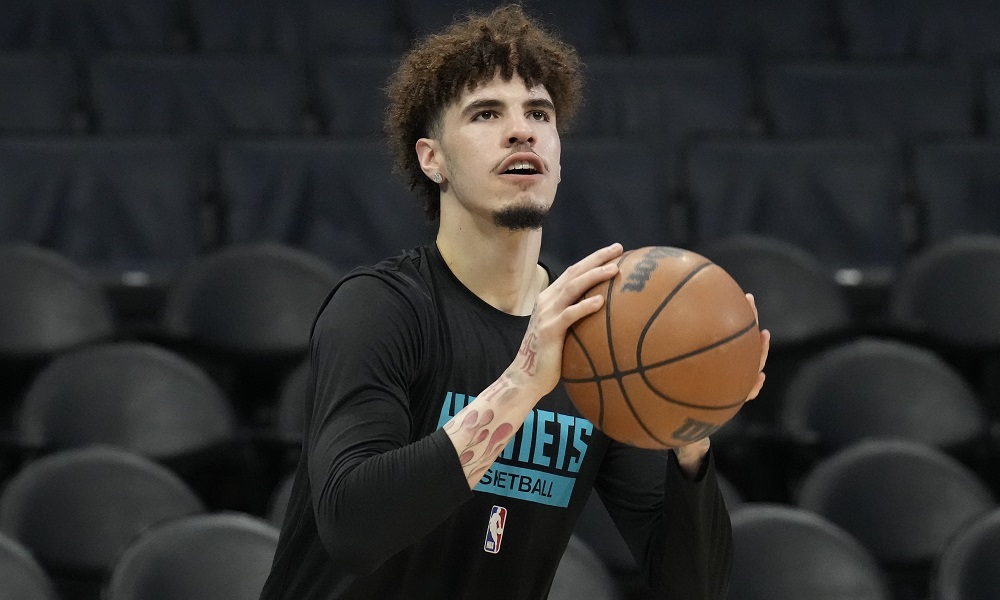 LaMelo Ball is yet to play a game this NBA season with an ankle injury he suffered in the preseason against the Washington Wizards. The Charlotte Hornets played the Wizards yesterday, and LaMelo was seen shooting around before the game.

Related: The Hornets fall to 0-4 in the preseason as LaMelo Ball injures ankle

Is LaMelo inching closer to a return?

LaMelo Ball has been seen shooting around before other Hornets games recently, so seeing him out before their game against the Wizards yesterday was no shock to anyone. Still, every time we see LaMelo out and working on his game is a good sign that he’ll return sooner than later.

The entire NBA is off today because of Election Day, and the Hornets play next tomorrow against the 7-3 Portland Trail Blazers in Charlotte. Will LaMelo suit up for this game?

Only time will tell, but you can check out LaMelo’s shootaround in the video below.

LaMelo Ball came out pregame to workout. LaMelo is OUT again tonight pic.twitter.com/AYt6udlFD2