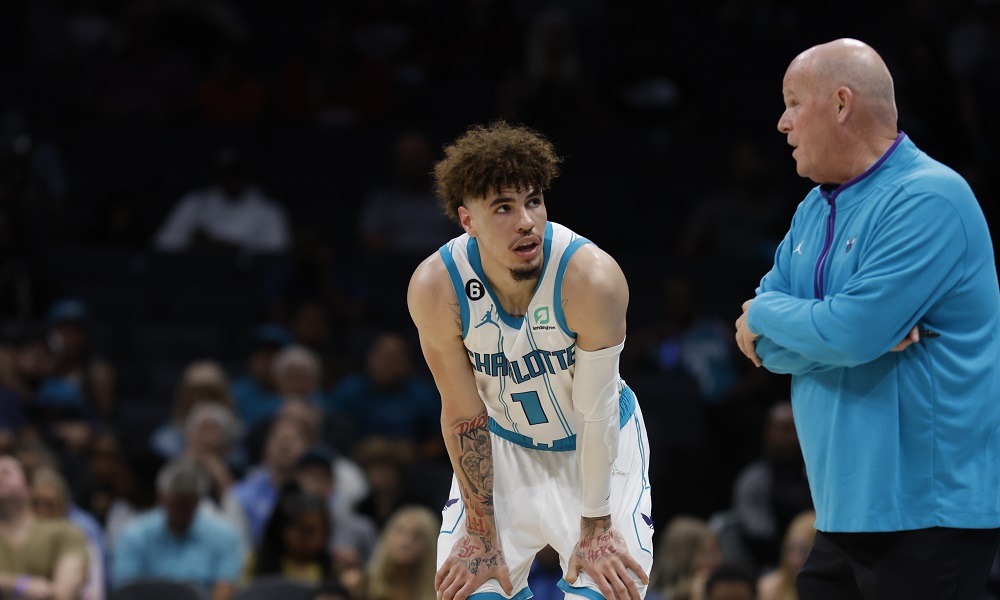 Maturity is a sign of leadership. For those who have followed LaMelo Ball since his teenage years, that seemed to be an area he lacked. To be fair, if a camera was shoved in front of 95 percent of teenage boys, you’d likely see very similar behavior.

As for LaMelo now, the spotlight has only gotten brighter and expectations have grown immensely larger. The Charlotte Hornets are prepared to offer a rookie max extension after this season. For most organizations, investing millions into any individual requires a level of inspiration.

While speaking to reporters, Clifford shared a certain text message he received from LaMelo just days after training camp started.

“It was the third or fourth day of practice I was in my office at night watching the practice film,” said Clifford. All of a sudden, I get a text and he (LaMelo) said, ‘Do you have all of this stuff written out that we’re working on? Because, I feel like I’m making too many mistakes and I’d like to have something written down so I can bring it home at night and study it.'”

Clifford explained he and the coaches did have the notes written down, and LaMelo grabbed them the next day.

This certainly speaks volumes of a player understanding the moment. At barely 21 years old, knowing what’s in front of him should inspire not only Michael Jordan and Mitch Kupchak, but Hornets fans as well.

Hear how Clifford described the conversation below.