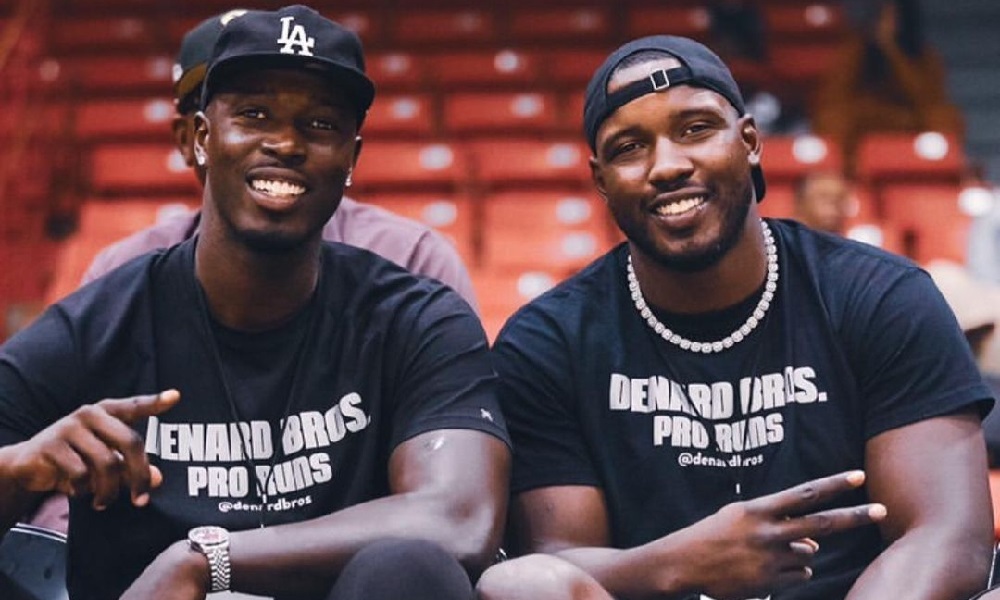 It’s been four years since the JBA League has ended, and for former Chicago Ballers head coach, Eddie Denard, things have gone quite well.

Denard was the youngest head coach in the JBA and had a burning passion to do things his way, and make his imprint on an international stage. Not only did LaVar Ball’s upstart league bring attention to players most never heard of, it provided a platform for its coaches as well.

Denard hails from the westside of Chicago, Illinois. A crime-ridden part of town that many are proud to claim, but also thankful to make it out alive. Basketball provided a way of escape from his city as a local star. He had division one stops at University of Illinois Chicago, University of New Orleans, and Chicago State, where he ended up on staff as an assistant coach.

Coaching has been a passion for Denard since his playing days ended, and that was on full display from day one with the JBA.

His fire and energy were infectious. His primary goal was for opposing teams to feel the presence and essence of Chicago from his team. “You gotta be a dog to be from Chicago,” I recall Denard imploring his team. And whatever he spat out, they sopped it up and regurgitated it right back on the court. A true coach.

Things unfortunately came to a halt one fateful night on July 12, 2018. it was supposed to be a glorious moment for the JBA with LiAngelo Ball making his debut. The dream turned into a nightmare with one infamous, viral moment.

During a timeout as Chicago faced the Seattle Ballers, Denard was seen, and heard berating Montrell Dixson. The Facebook cameras caught the action, and social media users spread the news like wildfire.

Eddie Denard (right) and Kieran Woods (left) were the youngest coaches in the JBA League. They were dismissed after an unfortunate incident caught on camera between DeNard and Montrell Dixson.

Media outlets who never dared to speak on the JBA came out the woodwork to blast LaVar and Denard. One mistake cost Denard the remainder of the JBA season.

However, Denard continued his basketball journey, and what he’s done since is awe-inspiring. Ball Exclusives caught up with Denard to talk about his JBA experience and what he’s up to today.

How did Denard Bros runs come about?

Eddie Denard: The DeNard Bros pro runs developed when I introduced the idea of joining forces to my brother Aubery Denard, who is a pro basketball trainer because he was working with a few trainers who [he] thought was selfishly working with him to gain advantage.

I expressed to him that we could do way more good together than to team with someone else because we are legit brothers with our best interests in mind.

So we just started off doing trainings and some open gyms with the pros we knew, and it caught traction immediately. Then we started adding structure, and boom now we’re here.

Did you expect things to take off so quickly?

ED: Obviously when we first started we didn’t think we could make this a business. We just were doing what we loved and wanted to give guys an opportunity to play in a quality basketball simulation to get them ready for their upcoming basketball season.

But we didn’t start thinking it could get this big until we got 10 NBA guys in the last run of the year two summers ago. That’s when it clicked that we have created something great. It’s nowhere near as big as it’s going to be. I feel like we will be mentioned with the Drew League, Crawsover League, AEBL, and the other great summer basketball events this year.

How did you take your time with the JBA and apply it to your current ventures?

ED: The JBA taught me a lot of things for sure. It taught me how to operate a business and structure in scheduling and gameplay. But most of all, it taught me how to be professional and composed even when things aren’t working in my favor. I feel like in the JBA, I was young, but it helped me mature quickly to be the best version of myself. I credit JBA and LaVar for a lot of my success that I have had as of late.

What’s your biggest takeaway from your time with the JBA?

ED: JBA was a very fun two months of my life going through so many great times with the people there. It allowed me to display my coaching and philosophy on a national scale. It allowed me to make friends for a lifetime. I miss the JBA.

ED: Well being on Ballislife is obviously anyone who plays the game of basketball’s dream. But it was great man. We got a lot of recognition because of it. Scott BallIsLife is my main mans, so [he’s] always coming through showing love when good basketball is going on. I appreciate him a lot and hope we can continue to do things to get on the Ballislife network in the future. I think we will [laughs].

What’s next for you?

ED: We are building to make the pro runs even bigger and better next year. I’m also training professionals, college, and high school players. At the same time [I’m] giving them the tools to become better people and players.

I also have my Firemixtapes brand trying to help as many people as I can with my craft achieve their goals as professional players through video exposure.

Denard’s future continues to remain bright. The smile he exudes is a reflection of his character. He is a true testament that good things happen to good people.