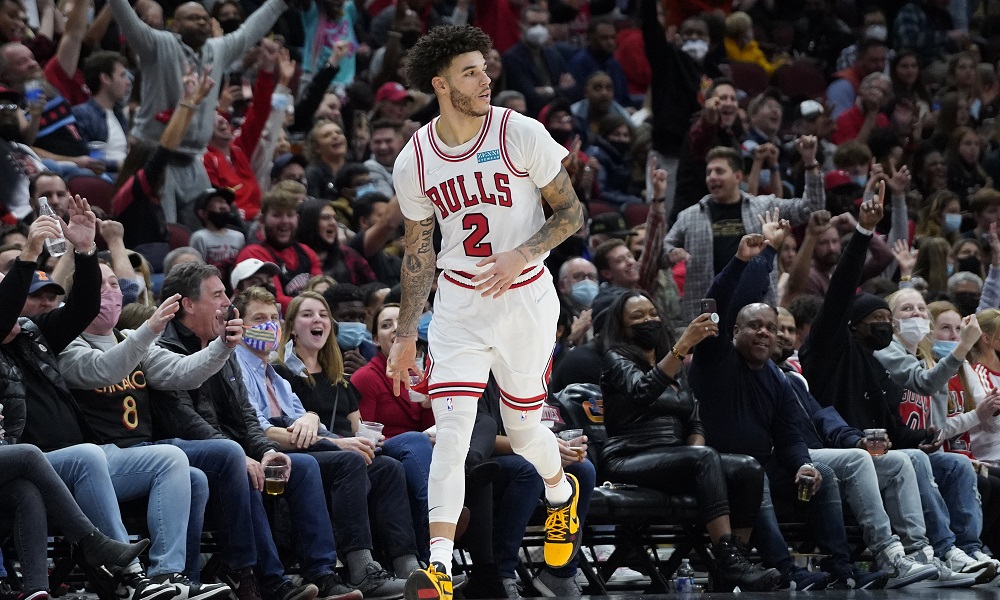 The Chicago Bulls shocked everyone with their 116-108 victory on opening night. The stars were out for Chicago, as DeMar DeRozan scored 37 points and Nikola Vučević collected 17 rebounds. Of course, Chicago was without two other stars, Zach LaVine and Lonzo Ball.

Lonzo Tweeted his support for the Bulls

The Chicago Bulls played like a team in midseason form, which the Miami Heat did not. This, along with DeRozan’s monster performance, is why Chicago starts off their season with a 1-0 record.

After the game, Lonzo Ball sent out a tweet in support of his team and their victory. Check out the tweet below.

Yessir! On the board 🐂