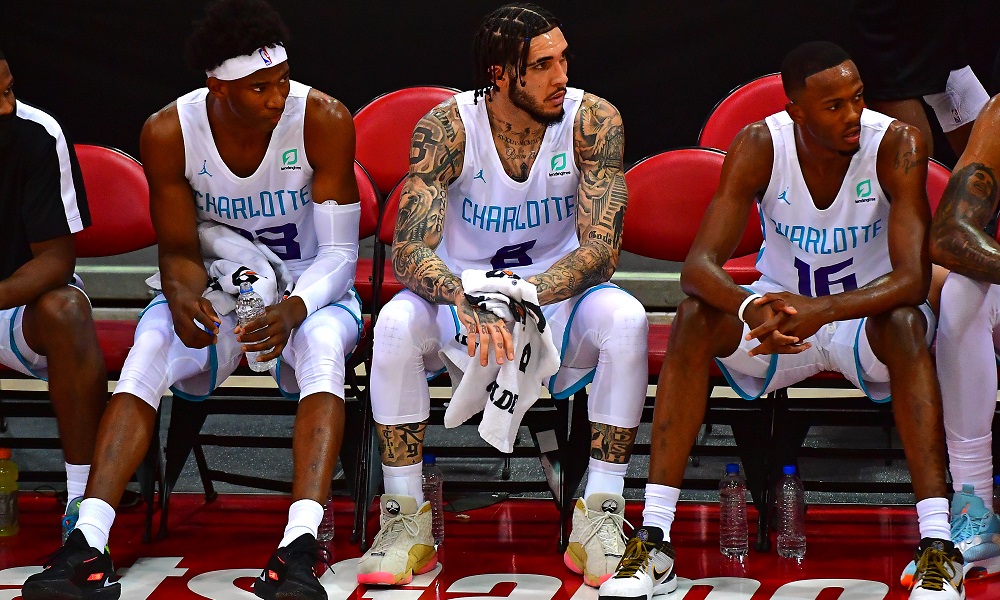 LiAngelo Ball didn’t play a single second in the Charlotte Hornets’ last preseason game against the Boston Celtics. In three games, LiAngelo has seen less than nine minutes, which makes one wonder… Is LiAngelo Ball’s off-court problems why he’s struggling to find a full-time gig in the NBA?

We can’t say for certain this is why LiAngelo hasn’t seen the same success as his brothers, but in a 2018 article on TMZ Sports, LiAngelo said he believed this could be the reason.

Related: Are the Charlotte Hornets fumbling what they got in LiAngelo Ball once again?

Is LiAngelo’s past to blame for his struggles to make the NBA?

In 2018, when LiAngelo was at UCLA and playing for the Bruins, the team traveled to China to open their season. There, LiAngelo and teammates Jalen Hill and Cody Riley were arrested for stealing sunglasses in a Louis Vuitton store.

This led to LiAngelo’s father, LaVar Ball, pulling LiAngelo out of UCLA after being suspended indefinitely. LiAngelo ended up joining his younger brother LaMelo in the Lithuanian Basketball League.

This incident may have affected LiAngelo’s chances of joining the NBA, like his brothers LaMelo and Lonzo. Back in 2018, LiAngelo even mentioned this possibility.