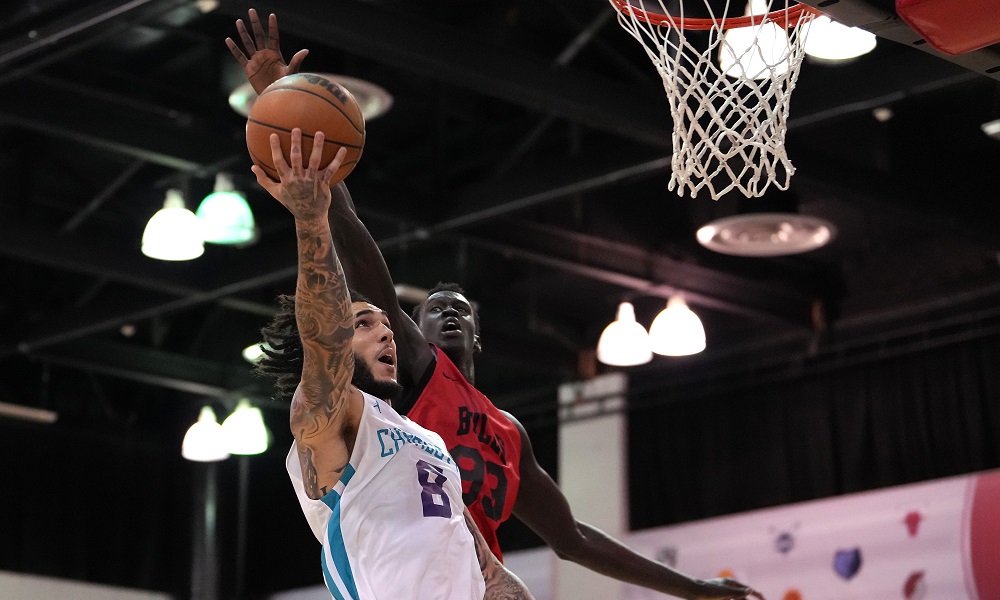 It has been tough sledding for the Charlotte Hornets thus far this preseason. In its second preseason game, the Hornets were ran off the floor in a 122-97 drubbing by the Indiana Pacers.

By this time, end of the bench players were on the court, seemingly auditioning for a chance to earn a roster spot.

With that said, LiAngelo too took advantage of his limited playing time, and finally put some points on the board. With 1:22 to go, LiAngelo took a baseline pass from Bryce McGowens, drove, and got fouled. This put LiAngelo at the free throw line where he made one of two attempts.

For the game, LiAngelo finished with one point, missing the only shot he officially took, which was a 3-pointer. He did have one assist as well.

The Hornets will welcome the Boston Celtics Friday, October 7 at home where LiAngelo will again hope for an opportunity to impress.

See his second game highlights below.