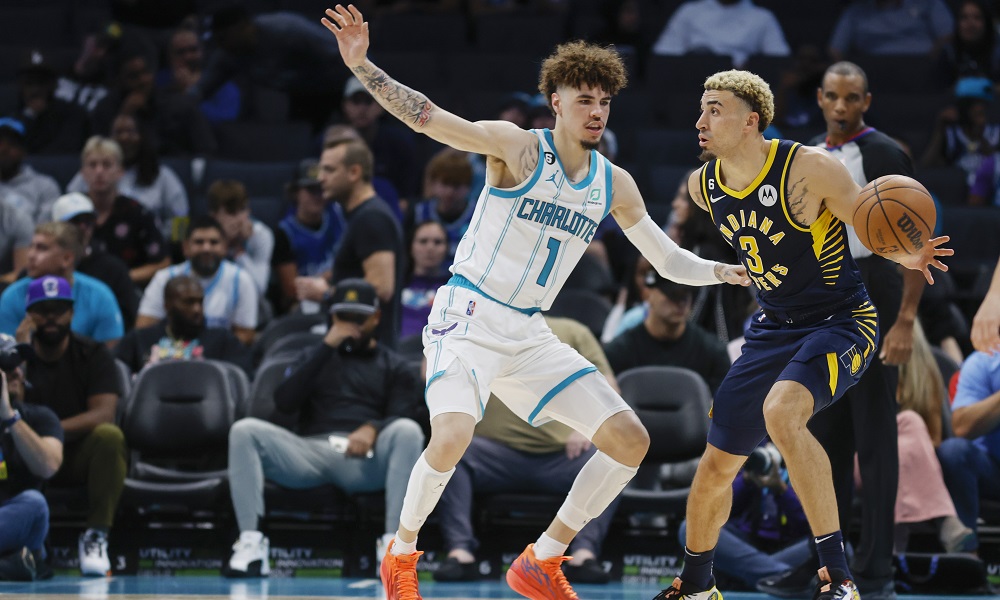 The NBA preseason continued on Wednesday, which meant fans were able to catch more of LaMelo Ball’s highlights, this time against the Indiana Pacers. The Hornets would fall to 0-2 in the preseason after a 122-97 loss to the Pacers.

Despite the loss, LaMelo had his typical game of showing off his incredible talent with awesome passes to difficult made shots. LaMelo shot 5-13, scoring 12 points. He also recorded 5 rebounds, 7 assists, and 1 steal in the contest.

LaMelo dazzles the crowd against the Pacers

LaMelo Ball has been making waves since he entered the league in 2020. In fact, LaMelo recently cracked Sports Illustrated’s top 50 of the best 100 NBA players in the league.

The more LaMelo continues to play, the better he’ll get, which is great for Charlotte Hornets fans, while scary for the rest of the league. As a team, the Hornets need to figure a few things out, as they’re 0-2 in the preseason so far.

The Hornets haven’t made the postseason since 2016 and are desperate to make a return. If LaMelo continues to develop and the Hornets add solid players around him, the Hornets could make some noise in the East.

As of now, LaMelo seems to dazzle the crowd every time he plays with his incredible skills. Check out his best highlights from last night’s preseason game in the video below.