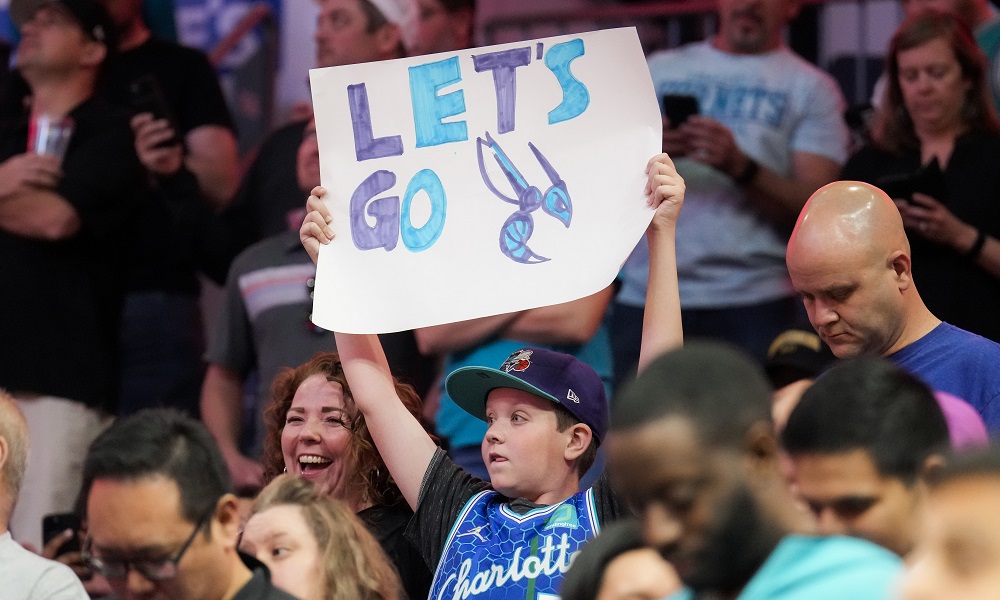 LiAngelo Ball played his second preseason game of the season against the Indiana Pacers. Like the first, he received minimal playing time, and the Charlotte Hornets again lost in a 122-97 rout.

Tensions are rising among fans who desire to — just for once — see LiAngelo and LaMelo on the court at the same time.

With skepticism from fans that LiAngelo’s signing was due in part to appease LaMelo, many are fearful LiAngelo is used solely as a pawn.

While this isn’t totally a terrible thing, frustrations continue to loom.

This inevitably played out late in the 3rd quarter of the blowout when the home crowd wanted to have some reason to cheer. The Spectrum Center crowd loudly demanded to see LiAngelo, even for just a few short minutes.

Hornets fans chanting "We want Gelo," as in LiAngelo Ball. Charlotte getting clobbered 95-68 after 3 quarters by the Pacers in preseason home opener.

Chants of “We want Gelo!” rang out throughout the arena, and with 5:44 remaining in the fourth quarter, Steve Clifford gave the fans what they wanted.

Six minutes of action is hardly enough to break a sweat, but opportunities is what LiAngelo is needing. The Hornets have three more preseason games, with two at home.

It’s safe to say the fans will want to see more of “Gelo.” Take a look at the fan reaction below.