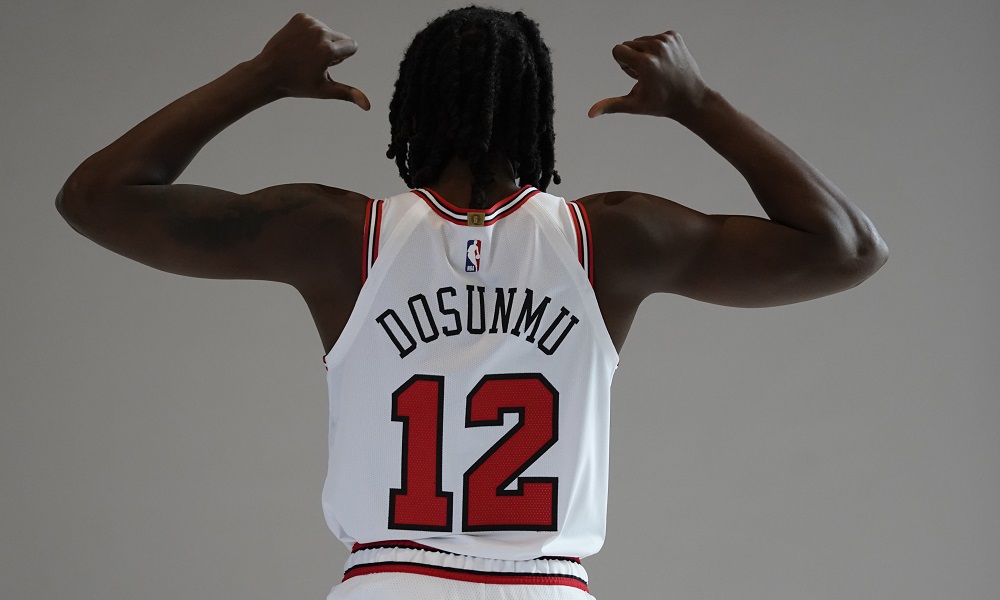 The biggest mystery for the Chicago Bulls to start this season is what to do with Lonzo Ball’s injury situation. There’s been talk of signing a free agent guard, but as of now, this hasn’t happened. Chicago may not have to do that, as their second-year man, Ayo Dosunmu, is ready to fill Lonzo Ball’s shoes.

The more training camp has gone on, the brighter Dosunmu looks. He had a decent rookie season last year, with averages of 8.8 points, 2.8 rebounds, and 3.3 assists per game. Despite these averages, Dosunmu had flashes of brilliance that has made Bulls fans excited for the future.

Ayo Dosunmu is the first rookie in NBA history to have 20 points, 10 assists and 90% FG in a single game. pic.twitter.com/OPgOm1FtrD

Dosunmu may be ready to take on a bigger role, especially with Lonzo being reported to be out until at least January 2023. If Dosunmu can fill Lonzo’s shoes until he returns, the Bulls might be in good shape by the new year.

Dosunmu has been very impressive in this year’s training camp so far. In fact, his teammates have been showering him with praise for his play.

“It looks like he’s been in the weight room, getting his body right,” Zach LaVine said. “Ayo’s as hard a worker as anybody. He’s the most inquisitive guy that I’ve met as a rookie, just trying to get ready, asking questions of me, DeMar [DeRozan], anybody. Questions about anything he can do to get better. So knowing him, he’s added things to his game. I think he’s in for a huge sophomore season.”

Alex Caruso had this to say about Dosunmu’s defense, praising him for what Dosunmu has shown on that side of the ball as a rookie:

“Ayo was, basically all last year, just playing off the feel. Your first year in the league, you don’t understand concepts really. You don’t understand coverages. You’re seeing guys play, and you’re playing against guys for the first time. You’re seeing their best moves for the first time; they’re probably going to beat you most of the time. So for him to be able to compete the way he did last year on defense is a great sign for a guy in his first year.”

If the praise about Dosunmu is true, then the Bulls should ride the storm of having Lonzo out until the new year. Bulls fans should be very excited about this season and the future.