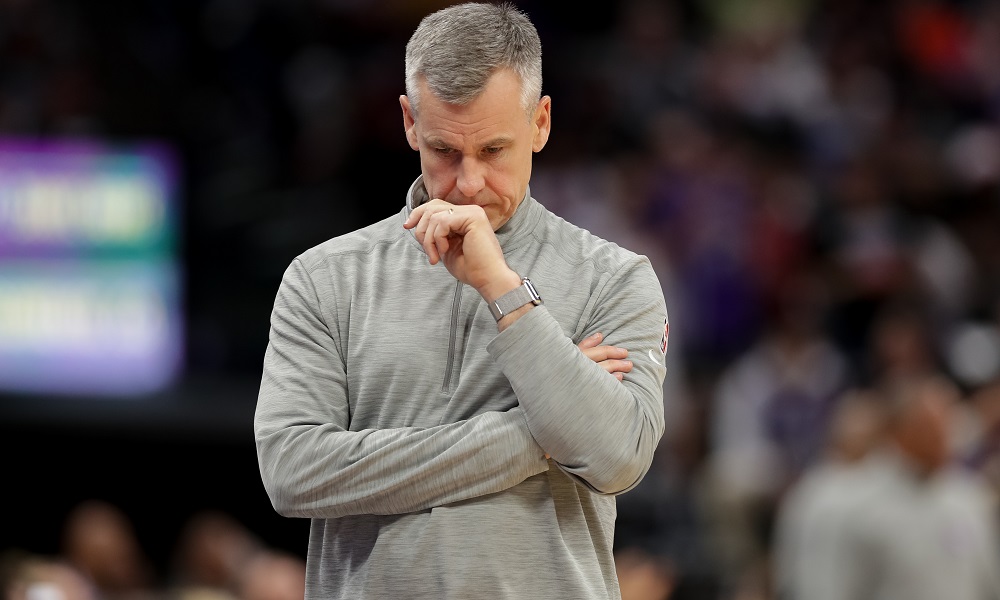 Chicago Bulls head coach Billy Donovan had to get used to not having Lonzo Ball for the remainder of the 2021-22 season. Lonzo suffered a torn meniscus after only playing 35 games, but the Bulls remained hopeful he’d return for the playoffs.

Things got worse for Chicago, as Lonzo would eventually be shut down for the remainder of the 2021-22 season. The Bulls stumbled into the playoffs, where they lost 4-1 to the Milwaukee Bucks.

The Bulls turned their sights for the upcoming season, expecting Lonzo to be ready by training camp. Then, news broke that Lonzo continued to suffer from knee pain and his mobility wasn’t right.

The Chicago Bulls hope Lonzo will return to the court sometime this year. After it was announced Lonzo would need another surgery on his knee, it was reported he’d miss between four to six weeks of action.

As the Bulls participated in media day, head coach Billy Donovan was asked if he was preparing not to have Lonzo back all season. He gave an honest answer that might make Bulls fans nervous.

Bulls coach Billy Donovan on if he’s preparing for a scenario that Lonzo Ball misses the full 2023 season:

“I think you have to.” (via @DarnellMayberry)

“I think you have to,” Donovan said.

This isn’t what Bulls fans want to hear, but coach Donovan knows that preparing for every scenario is the smartest thing he could do. If the Bulls can’t count on having Lonzo’s services this season, maybe they’ll plan on bringing in a free agent guard to help the team ride the storm.