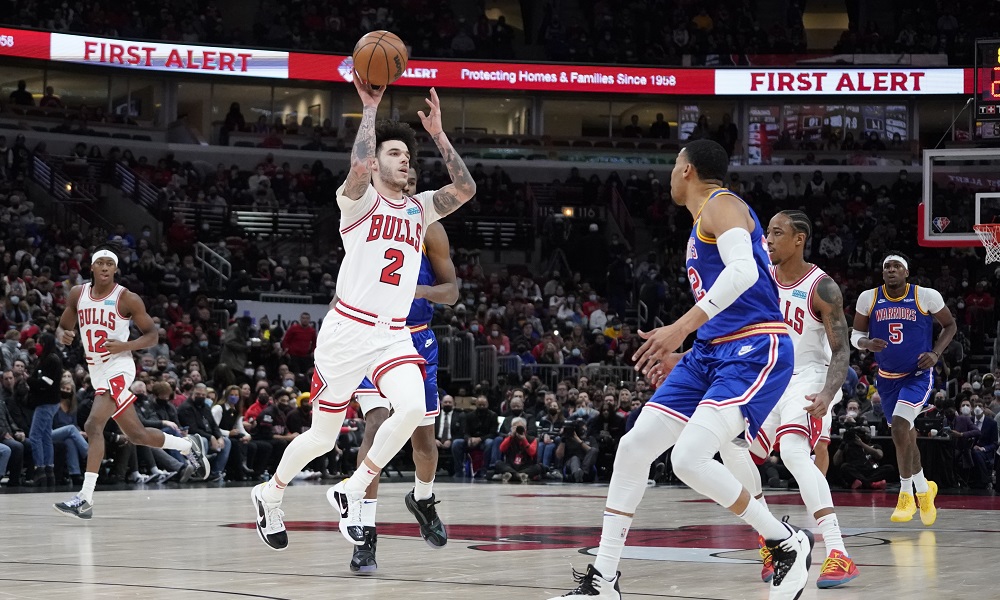 2022 has been a forgettable year for Lonzo Ball. Beginning January 20 when his knee was diagnosed as a bone bruise and meniscus tear, Lonzo was supposed to miss just four t0 six weeks. With each training session, knee discomfort continued, which prompted the Chicago Bulls to sit him for the remainder of the season.

This past summer, the expectation was to rehab his knee with surgery being the very last option. Reports from Lonzo’s camp stated he would miss training camp, but ultimately be ready to go for the season.

Just recently, reports stated Lonzo would have to undergo another surgery to repair his knee. While speaking to the media yesterday, Lonzo stated having pain “every single day.”

“This is something I’ve never dealt with,” said Lonzo. Even the doctors are surprised a little bit.” More concerning was Lonzo’s assertion of having difficulty just walking up the stairs.

“I really can’t run. I can’t run or jump. There’s like a range from like 30 to 60 degrees when my knee is bent that I have like no force, and I can’t catch myself. Until I can do those things, I can’t play.”

Check out the NBA Twitter reaction to Lonzo’s knee surgery below.

Surgery is usually something players really try to avoid. Cause it’ll have them out much longer. Lonzo prolly thought if he kept rehabbing it, it will get better. He said it was going in the right direction then it stopped. Surgery was most definitely his last option

Bro got cooked knees already and he's only 24.

Bulls coach Billy Donovan on if he’s preparing for a scenario that Lonzo Ball misses the full 2023 season:

“I think you have to.” (via @DarnellMayberry)

Lonzo Ball says walking up stairs is painful for him. His knee issues are affecting him in everyday life, not just from a basketball perspective.

Lonzo Ball says he is still feeling pain in his knee every single day pic.twitter.com/p3hTKiFCrR

Prayers up for Lonzo Ball. Lonzo said in a Chicago Bulls presser that he feels discomfort even when doing normal things, like walking up the stairs.

He remains hopeful that this surgery will get him back out there as soon as possible. pic.twitter.com/tSOvLq74bx

Lonzo Ball is one of the most fun and unique players in the NBA and looked genuinely happy playing for the Bulls last year. This must be devastating for him. I just want Lonzo to get healthy again; the Bulls should not rush him back, damn the basketball consequences.