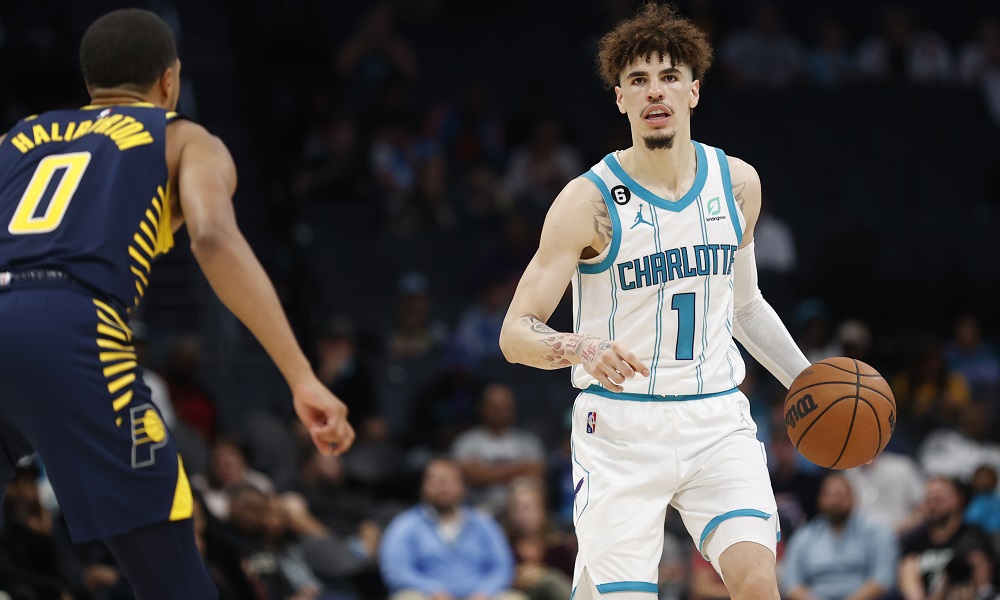 On Election Day on Twitter, the Charlotte Hornets published a promotion where LaMelo Ball encourages voting. America’s young and fragile experiment with democracy stands on a knife’s edge, which is a similar argument Eddie S. Glaude, Jr., the James S. McDonnell Distinguished Professor of African American Studies at Princeton University, also made. Many Black fought and died for their and their posterity’s rights for full civic and political participation, including the right to vote. For LaMelo to lend his voice and presence to the importance of voting demonstrates his commitment to being a young leader.

Although Laura Ingraham wants Black professional athletes to “shut up and dribble,” LaMelo Ball uses his voice and talent to show her he has value beyond the basketball court. Through Ball lending his voice and presence to the Charlotte Hornets’ promotion yesterday, he pays homage to his ancestors who envisioned a day when he and others could vote and possess full citizenship in the country built with their alienated and uncompensated labor. Ball’s deep connection to life beyond the basketball court is one of many reasons why basketball fans across the world love him.

For a multiethnic representative democracy to survive, some measure of compassion must materialize in how we interact. LaMelo’s tweet acknowledges this. He wishes for us to treat one another fairly, recognizing that we are imperfect beings prone to make mistakes. Also, the tweet highlights how our thoughts and language can express complexity as we think through issues. When people express themselves, they deserve an opportunity to revise and extend their remarks.

I applaud Melo for encouraging us to vote, participate in this multiethnic representative democracy, and exercise compassion toward one another.

Through the two above tweets, LaMelo Ball models leadership.