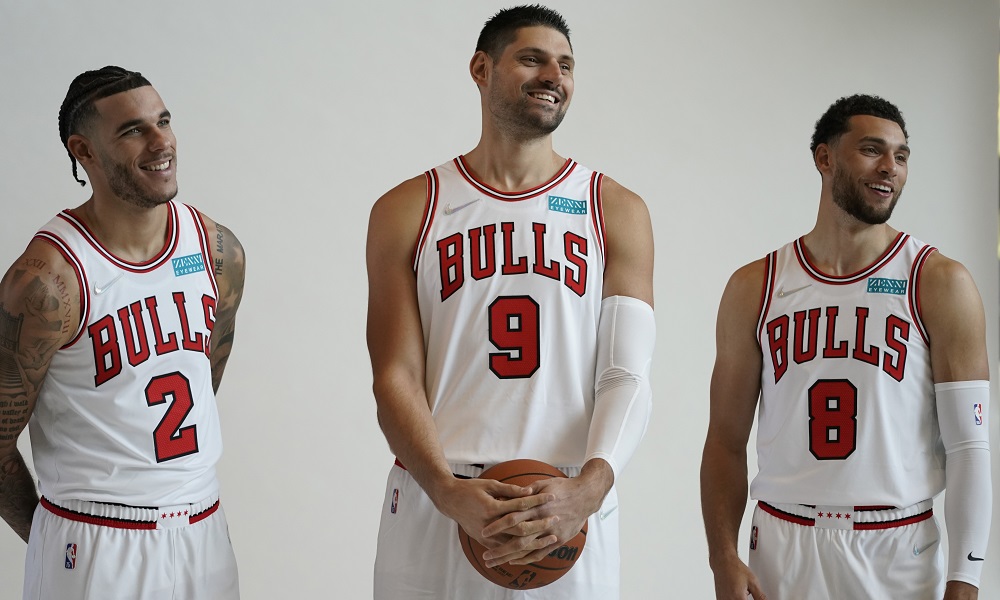 The Chicago Bulls have gotten off to a 5-4 record with two consecutive wins. Chicago has done this without Lonzo Ball, who is recovering from knee surgery. Still, he is missed, or as star Zach LaVine recently said, “He’s the glue to our team.”

The Bulls want Lonzo to return

The Chicago Bulls just defeated Lonzo’s brother’s team, the Charlotte Hornets, last night by a score of 106-88. Of course, LaMelo Ball, Lonzo’s brother, also missed because of an ankle injury.

The victory the Bulls earned before the Hornets game came against the troublesome Brooklyn Nets, where Chicago won 108-99. After the game, Bulls star Zach LaVine spoke about Lonzo’s meaning to the Bulls and how he’s working hard to return.

“He’s in the gym working every day… you got to feel for him with how much he gives and puts into the game, but he’s working, his head is right so hopefully, he’ll be back soon,” LaVine said.

“For me personally, I can’t wait until he gets back because when he gets the ball, he looks up and throws it ahead. He’s the glue to our team offensively and defensively.”

LaVine’s statement couldn’t have been more accurate. We really won’t get to see how good the Bulls can be this season until Lonzo Ball is back and healthy. We hope that day comes soon.