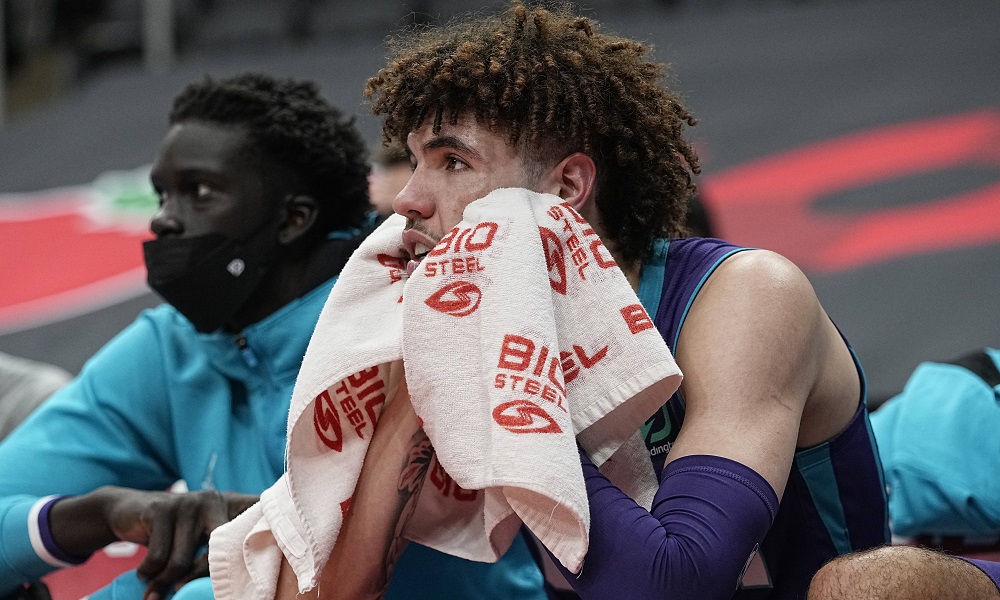 The world knows about LaMelo Ball and his brothers, Lonzo Ball and LiAngelo Ball. They also know about their father, LaVar Ball. Things are going well for them now, but what if I told you things were once scary when LaMelo and his brothers were almost shot?

LaMelo and his brothers were involved in a scary situation

There have been plenty of funny videos going around that involve LaMelo Ball and his brothers, like when Lonzo and LiAngelo clowned LaMelo for his junky room.

In the video posted below, things weren’t so funny. A story is told about the time LaMelo, Lonzo, and LiAngelo were playing pickup basketball when suddenly things turned scary.

The brothers were playing basketball at a local gym where they lived, and some older guys who they were playing against got angry after a hard foul. One of the older guys threatened the Ball brothers and said they would be back.

The guy did return, and he brought a gun. This guy started shooting the place up, and LaVar Ball sprang into action by grabbing all three of his sons and rushing out of the gym.

This is a horrible situation to find yourself in, but it’s good to know LaVar was there, and he wasn’t afraid to put his own life on the line to save his children.

Watch the video below by “The NBA Channel” to hear the story.