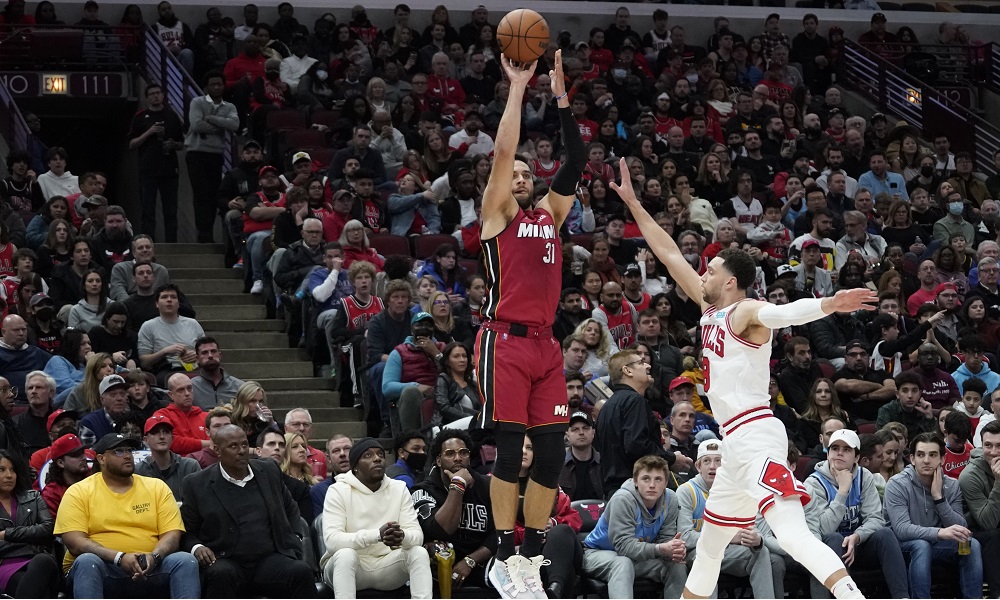 The Chicago Bulls are getting ready to open their season in Miami against the Heat, but things won’t be easy, to say the least. The Bulls will be without Lonzo Ball and Zach LaVine.

Related: Ayo Dosunmu said Lonzo Ball is one of his good friends

Chicago to miss two stars to start the season

The Bulls knew they would be without Lonzo Ball at the start of training camp, as the guard needed a second surgery on his left knee. Chicago was figuring to have Zach LaVine at the start of the season, but reports have come out that LaVine will miss tonight’s game.

The report has stated that the Bulls’ star will be out for left knee injury management. So, without both Zach LaVine and Lonzo Ball, the Bulls are in for an uphill battle for tonight’s season opener.