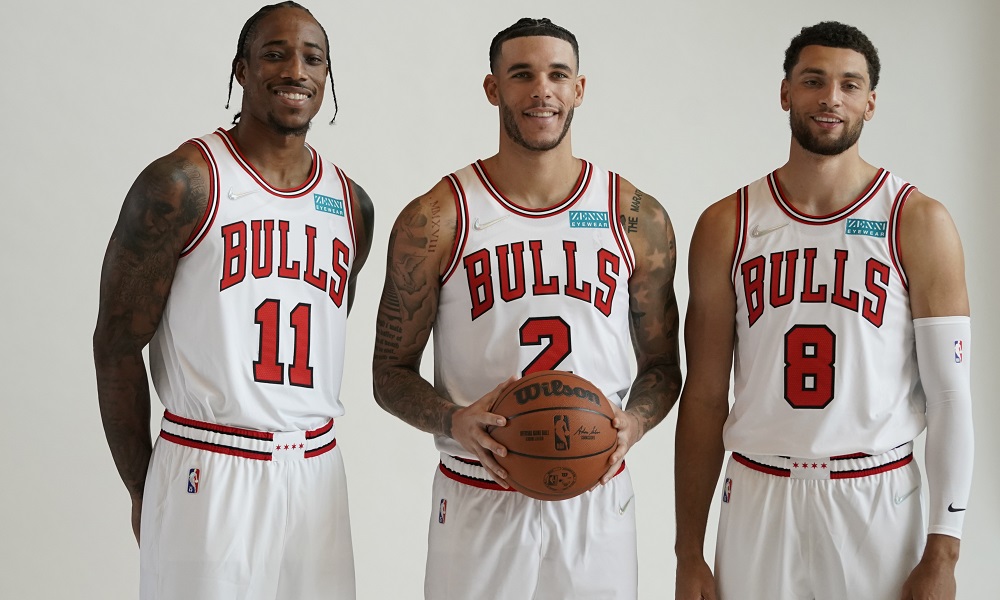 The Chicago Bulls head coach Billy Donovan recently announced that he planned on “opening up” Chicago’s offense so they don’t have to rely on DeMar DeRozan’s one-on-one play. The Bulls do this with Zach LaVine on offense, as well, but if the Bulls want to take the next step, they’ll need Lonzo Ball to run the Bulls’ offense.

When a team primarily plays through one player, their opposition will collapse on that player and shut down their offense. This is precisely what the Milwaukee Bucks did last year to Chicago, and it made a difference in the series. Head coach Billy Donovan talked about needing to get away from “hero ball.”

The Bulls showcased some of this new offense in their opening preseason game against the New Orleans Pelicans. Chicago lost 129-125, but being that it’s a preseason game, fans of the Bulls shouldn’t be too concerned.

This was also the first game the Bulls were able to try out their new offense, which will only get better the more games they play. Plus, Chicago was missing their best playmaker in Lonzo Ball.

Related: Is Ayo Dosunmu ready to fill Lonzo Ball’s shoes while Lonzo is out?

Dosunmu has recently spoken about his development, crediting his experience last season as a rookie.

“Last year helped me a lot,” Dosunmu said. “There’s a balance of understanding when to shoot and when to be a playmaker, and that comes down to experience, understanding the moment. I have a better ability to assess that now, just with me going through the wars, going through some battles last season, watching a lot of film. That’s the best thing about experience, the best thing about learning.”

Dosunmu has the potential to become a solid player in the league, but as of now, Chicago’s real floor general is Lonzo Ball. The unfortunate thing as of now is the fact Lonzo is injured and not expected back until at least the new year.

If Chicago wants to thrive in their new offense, opening up the floor to find DeRozan and Zach LaVine for easy buckets, then they’ll need Lonzo back. Lonzo is the ultimate floor general. He impacts a game without scoring, and this is exactly what Chicago needs.

No matter who the Bulls play at the point guard position, they will struggle without Lonzo’s passing and his defense. They will try to ride the storm until Lonzo gets back, but once Lonzo returns, look for the Bulls to make a real push to make the playoffs.