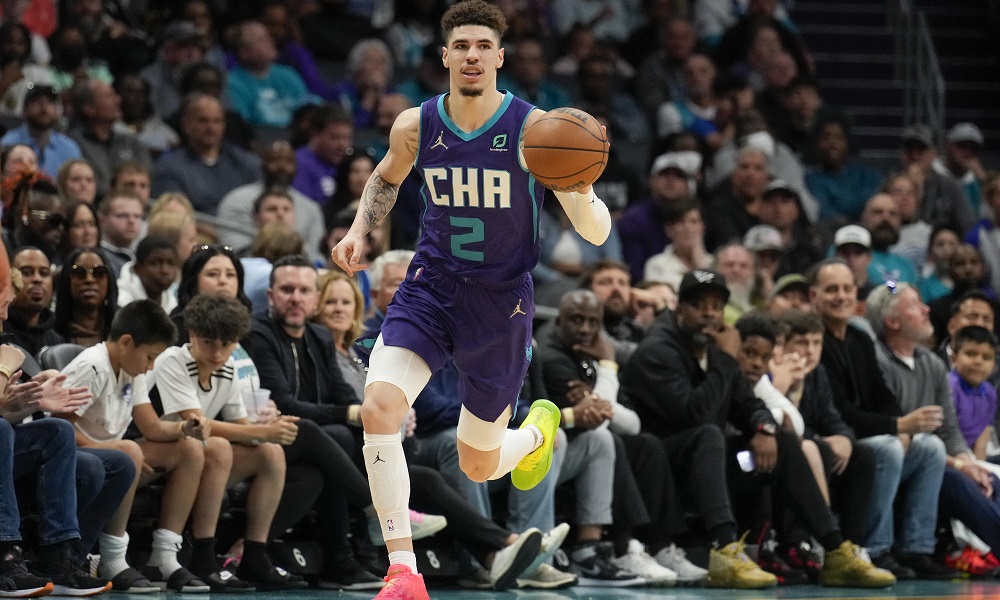 LaMelo Ball has enjoyed some success in his first two seasons as a member of the Charlotte Hornets. The Hornets are owned by Michael Jordan, and LaMelo’s father, LaVar Ball, once claimed he could beat MJ in his prime, even if he were “one-legged”.

Many thought maybe LaMelo’s relationship with Jordan could be distant because of LaVar’s comments, but this couldn’t be further than the truth. Michael Jordan wants to win above all else, and he knew LaMelo was the perfect player to draft that could help his franchise reach that goal.

Related: Takeaways from the Charlotte Hornets’ first preseason game: is LaMelo Ball enough to lead the Hornets to the playoffs?

LaMelo explains how his first conversation went with Michael Jordan

Back in 2020, when the Hornets drafted LaMelo with the third overall pick, Michael Jordan placed a call to LaMelo. The call went well, according to LaMelo, who said he sees The GOAT as an uncle.

"Even when I met Michael Jordan on the phone, it was all love."

“I am actually really excited. I had great convos with them. Whenever I met them, everything was genuine, I loved it all, it was a great vibe. Even when I spoke to Michael Jordan on the phone, it was all love. Like he’s my uncle or something, already a part of the family… We talked before when we had practice and he just give me hints and pointers. He was the third pick, now I am the third pick. That is a blessing right there.”

LaMelo has even surprised Jordan with his performance on the court. Here’s what Jordan had to say about LaMelo:

“I think Melo has adjusted to the NBA game better than any of us ever thought this early in his career. He has exceeded our expectations so far this season.”

LaMelo has been a great addition to the Charlotte Hornets franchise. The sky’s the limit for LaMelo, and Michael Jordan, along with Hornets fans, are hoping LaMelo can lead Charlotte to a championship.