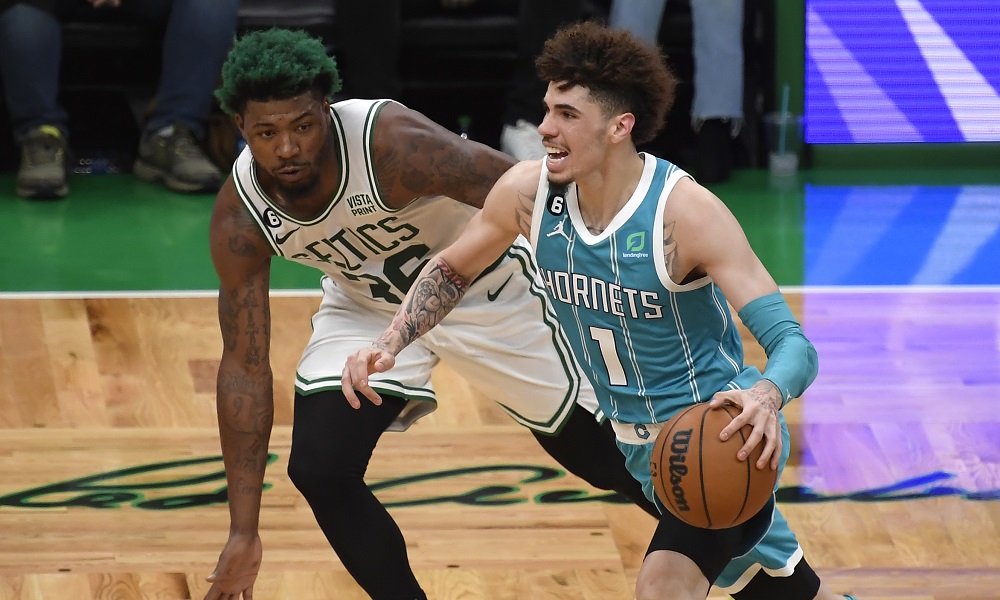 The NBA preseason is underway and for some teams, it’s a way to shake off the rust ahead of a long grueling season. The Charlotte Hornets apparently took this notion to heart as it began its preseason in the same manner as leaving the 2022 season. In short — it was ugly.

The Hornets were embarrassingly blasted by the Boston Celtics in a 134-93 rout. To be fair, the Celtics are the reigning Eastern Conference Champions, and save for a franchise offseason coaching blunder, they were clicking on all cylinders.

Additionally, the Hornets were without Gordon Hayward, Cody Martin, and Miles Bridges, who is currently out on leave due to pending domestic violence charges.

LaMelo Ball didn’t fare too well either. With not having played in almost six months, it clearly showed as LaMelo and his Hornets teammates could not get on the same page for most of the game.

LaMelo finished with 14 points, 7 rebounds, 4 assists, and 3 turnovers in 25 minutes. He also shot a forgettable 5-19 from the floor.

The bright spot for LaMelo came when he scored 10 points in the span of two minutes mid-way through the third quarter. During that stretch, LaMelo went 3-4 from the field, including 2-2 from 3, along with being perfect from the free throw line (2-2).

However, this game is nothing for Hornets fans to be concerned about. Steve Clifford, like many coaches, need to figure out their style of play, rotations, and allow players to get their feel for the game back.

The next couple games should look much more aesthetically pleasing compared to this eyesore.

The Hornets will welcome the Celtics to the Spectrum Center Friday, October 7 for their preseason home opener.