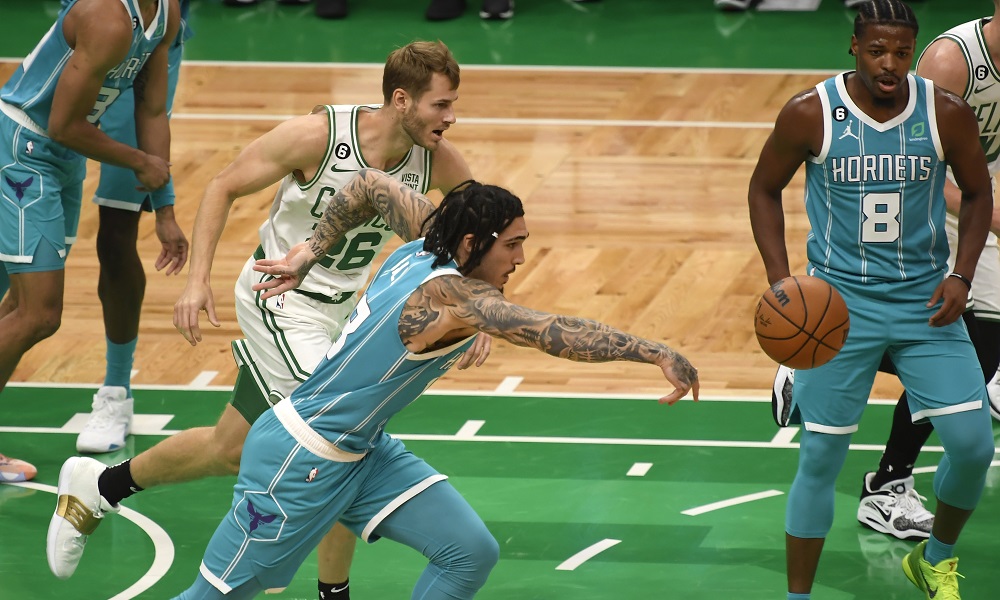 The Charlotte Hornets opened its preseason against the Boston Celtics at TD Garden. The contest was largely lopsided as the Celtics throttled the Hornets 134-93 in a no-contest rout.

Speculation loomed among fans of LiAngelo Ball as to just how much playing time he would receive this preseason.

Related: How much playing time will liangelo Ball receive during hornets preseason?

This question was answered when LiAngelo entered the game with 8:05 left in the 4th quarter. An encouraging sign being LiAngelo has been on the roster less than a week, and got off the bench before three other players.

The stat sheet was not too inviting, but neither was it for the team as a whole. LiAngelo shot three times, all 3-pointers, and missed each of them. No sweat, as the Hornets shot a dismal 5-33 (15.2%) from 3 for the game.

What stood out was LiAngelo’s comfort level. The scouting report will detail he likes to shoot, and is fearless in doing so. LiAngelo again proved this by not shying away from any of his three shot attempts.

However, as a low man on the proverbial totem pole, it behooves him to have too many of these performances. Rust or not, LiAngelo is seeking to earn a roster spot. When opportunity knocks, it is imperative he is ready to strike while the iron is hot.

The Hornets will welcome the Celtics to the Spectrum Center Friday, October 7. With a few more practices to get in gear, LiAngelo will look to prove again he belongs on the main stage.

See a few clips of LiAngelo’s performance below.