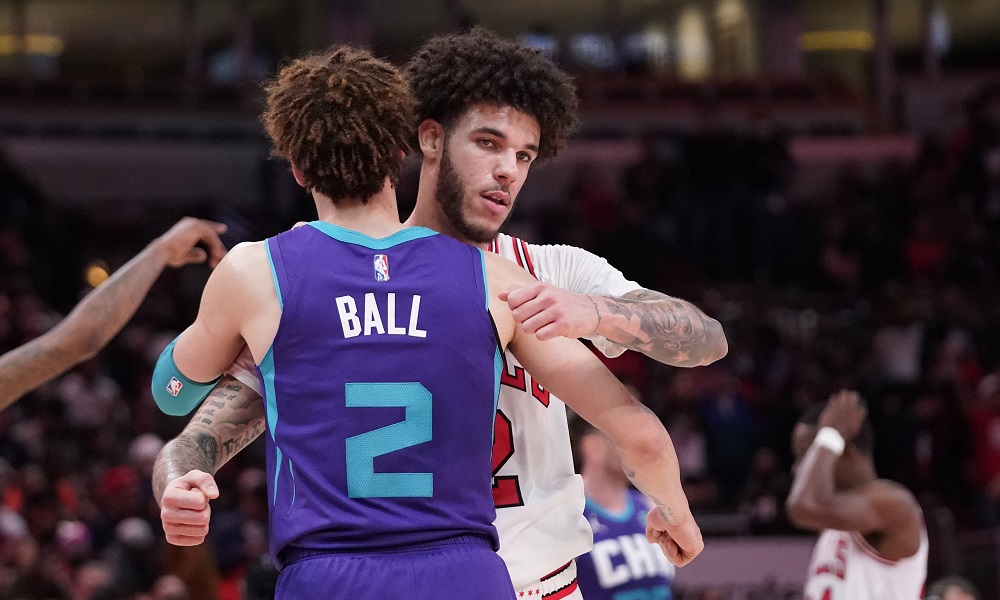 The upcoming 2022-23 schedule for the Chicago Bulls has dropped, and for us at Ball Exclusives, our questions are: what dates will Lonzo play LaMelo? And will Lonzo be available to play when the Bulls play the Hornets?

Lonzo Ball has had a setback during this offseason. Many believed the guard would be ready by the start of the regular season after suffering a torn meniscus last season.

Recent reports have unfortunately shut this notion down. Fans now have to wonder when Lonzo will return to the court.

Related: Lonzo Ball to have knee surgery on left knee to be evaluated in four to six weeks

Lonzo Ball Could Miss Games Against Brother LaMelo And The Hornets

News broke on September 21, 2022, that Lonzo Ball would need surgery on his troublesome knee on September 28. Lonzo will be re-evaluated in 4-6 weeks.

As of now, Lonzo is considered “doubtful” to play in the Bulls’ season opener against the Miami Heat on October 19. The chances of Lonzo’s status being upgraded before the Bulls’ first game is slim to none.

The question that we’ve now asked is: will Lonzo be available to play against his brother LaMelo? The Chicago Bulls will play the Charlotte Hornets four times during the regular season, with their first matchup taking place on Wednesday, November 2nd, in Chicago. This game will be broadcasted on ESPN.

Lonzo will almost certainly miss this matchup against his brother, LaMelo Ball. What about their second matchup?

The Bulls travel to Charlotte to play LaMelo and the Hornets on January 26. This game will be the second game between the two teams broadcasted on national TV, as it will be seen on TNT.

There’s a good chance that Lonzo will be available to play in this game. Of course, this is barring any major setbacks Lonzo might face.

The Bulls won’t have to wait too long to face off against the Hornets again as they host the team from Charlotte on February 2. The last matchup between the two teams will be on March 31 in Charlotte.

As the Bulls look to have a good season, we, as fans, hope that Lonzo can have a quick return to the court. As for Lonzo, not only will he hope to return to action, but you know he personally would love to get some wins against his younger brother, LaMelo, and his Charlotte Hornets.