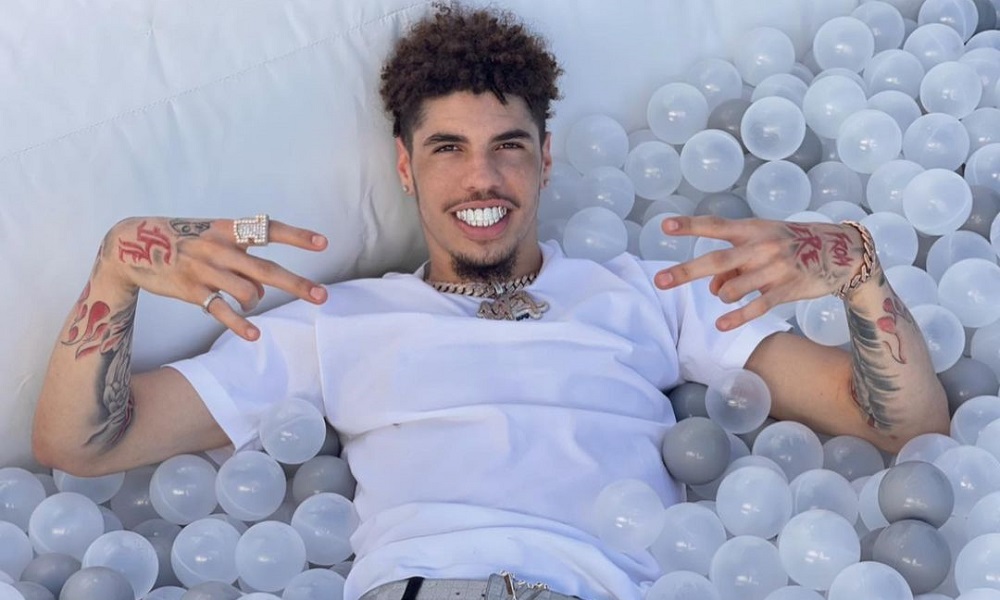 On August 22, 2001, LaVar and Tina Ball completed their full house when LaMelo LaFrance Ball was brought into the world. For LaVar, he always wanted — and predicted — to have three boys who he could groom to be professional basketball players. Well, he may not be Nostradamus, but that dream certainly became a reality.

The youngest Ball brother has had quite the basketball journey in his 21 years, and we highlight the top 21 iconic moments to date.

Having all three boys play on the same team together was a primary goal for LaVar and Tina. Doing so on the biggest stage in high school was something the two will cherish for the rest of their lives. The trio of Lonzo, LiAngelo, and LaMelo Ball left standing-room only crowds at virtually every stop on their road to 35-0 and an iconic state and national title.

The JBA League was never supposed to happen according detractors of LaVar. Not only did he manifest this league, LaMelo became the face and completed a full season, and went overseas to face multiple professional teams.

The JBA League was a great detour and transition for LaMelo, but the best decision was for him to return to high school. He found a home in Geneva, Ohio under the tutelage of former NBA journeyman, Jermaine Jackson. LaMelo finished the season averaging close to a triple-double, and leading Spire to a 17-2 record.

Every hooper can remember their first in-game dunk. For LaMelo Ball, it happened the summer going into his 11th grade year. The then-15-year-old player for Big Ballers, stole a pass in transition, took two dribbles, and punched it in with authority. The clip made its rounds on social media, and was the talk of the internet at the time.

17. LaMelo arrives to 16th birthday party in a Lamborghini

The JBA League All-Star Game took place in Chicago, Illinois and there was little doubt LaMelo would be among the top players leading the pack.

Leaving the sunshine, palm trees, and comfort of ones home to venture to the cold, dark, and unfamiliar land of Lithuania was gut-wrenching for 16-year-old LaMelo, but history making nonetheless. LaMelo did not fare too well in his short stint in the Baltic, but a newer appreciation for the game and his American soil was certainly found afterwards.

Upon leaving Spire, there was much speculation as to what LaMelo’s next move would be. Some thought he had an outside shot at going to college. Others thought he may sit out and train for the 2020 NBA Draft, but the winning bet was LaMelo taking his talents to the Land Down Under and joining the Illawara Hawks of the NBL.

LaMelo Ball and the Los Angeles Ballers won the inaugural JBA League championship defeating the Seattle Ballers 132-121. The semi-final matchup was quite possibly the best performance LaMelo displayed in his career to that point leading the LA Ballers to a thrilling win over the New York Ballers. LaMelo carried a struggling LA team with 55 points, 16 rebounds, seven assists, and five steals.

Parents tend to wonder whether or not their children actually listen to them. With LaVar and Tina creating a family brand, LaMelo decided to take the blueprint and create something of his own as well. He launched LaFrance in 2020, paying homage to his middle name, thus keeping the family theme going.

If there were any reservations about LaMelo’s NBA prospects after leaving Spire Institute, he quickly removed all doubt the moment he stepped foot on an NBL floor. In his lone season, LaMelo averaged 17 points, 7.5 rebounds, and 7 assists per game. His stellar season for the Illawara Hawks parlayed him into winning NBL Rookie of the Year honors.

In May of 2018, it was announced that LaMelo Ball would be leaving Lithuania for good, and joining the JBA League. The news was major as the league itself was the first of its kind, but at 16 years old, LaMelo bore the burden of seeing the league take off. He was subsequently named the Marquee Player, essentially dubbed the face of the league.

There’s a laundry list of things a basketball player can do to immediately get yanked from the game and cast into the doldrums of the bench until perpetuity. Around the top of that list just might be taking a shot from half court — just for the heck of it.

Well, at the tender age of 15, LaMelo did this, and set the internet ablaze in the most polarizing manner possible. At the 2016 Rancho Mirage Holiday Invitational, with Chino Hills leading Foothill HS 96-71, 15-year-old LaMelo takes an inbounded pass, casually walks to the half court line, points at it, then does the unthinkable by pulling up for a shot…and swishes it!

The crowd went crazy and the LaMelo Ball frenzy took off from there. What was lost in this monumental moment was a 65-point explosion by older brother, LiAngelo.

The summer of 2017 was madness as LaVar Ball and Big Baller Brand, and everything associated with it, literally dominated the storylines all summer long. Combine that with Zion Williamson, and chaos was sure to ensue — and indeed it did. In a Las Vegas Adidas Uprising Summer Championship matchup between Big Ballers and SC Supreme, the attention brought to an AAU event was staggering.

According to reports, the event garnered so much fanfare, the fire marshalls and officials had to block entrances and LeBron James had to do an about face from attending due to having an already standing-room only attendance.

The game was streamed on Ballislife’s Facebook page, and peaked at a staggering approximate 80,000 viewers. The contest eventually received over 1,000,000 views. SC Supreme defeated Big Ballers 104-92.

On February 7th, the NBA announced LaMelo Ball as an All-Star Game reserve selection. After averaging 19.6 points, 7.1 rebounds, 7.5 assists and 1.5 steals per game in 47 games at the time, it was enough to garner the requisite votes to represent the East squad.

This will likely be the first of many for LaMelo.

5. Rookie of the Year

Awards and accolades are already becoming the norm for LaMelo in just two seasons. In a shortened COVID season, LaMelo took off running after getting a feel for the game, and he didn’t slow down until earning the respect to be named NBA Rookie of the Year. He did this after averaging 15.7 points, 5.9 rebounds, 6.1 assists and 1.6 steals in 28.8 minutes per game.

In October of 2020, PUMA officially announced a deal with LaMelo to the tune of $100 million dollars. The deal included access to a private jet as well. The following year, his MB.01 shoes were released in December 2021, and the return on investment appears to be paying off major dividends thus far.

In August of 2017, LaMelo shocked the world unveiling his very first signature shoe at the ripe age of 16. The news was met with tons of praise and backlash. The detractors feared the worst of LaMelo being ineligible for college due to the NCAA’s restrictions on recruits using their name, image, and likeness as amateurs. However, LaVar and Big Baller Brand had bigger plans and the MB1 was born.

The sticker price was a discount compared to the $495 tag his brother Lonzo placed on his first signature. The MB1 debut with a $395 price tag, and eventually displayed several colorways and styles.

On February 7, 2017, LaMelo Ball did what very few in the history of basketball did. He scored over 90 points in a 32-minute game — 92 to be exact. Prior to this moment, I personally never heard of LaMelo, and like many, developed a slight disdain as I believed he scored a majority of these points via cherry-picking.

Upon reflection, and actually looking at the highlights, it was clear LaMelo could play, and do so at a very high level. I mean, if scoring 92 points in a high school game was that easy, anyone could do it, right?

Not only was this feat remarkable, there was a deeper meaning behind it all.

LaMelo’s classmate, Alexis Anderson, was in need of a heart transplant, and he dedicated this game to her. Her battle for her life inspired him and his teammates to play for something bigger than themselves. LaMelo put on a tour de force, and sparked the Big Baller Brand craze that took over 2017.

And with the third pick, the Charlotte Hornets select, LaMelo Ball. A long-awaited journey culminating into one of the greatest accomplishments any basketball player could ever dream, finally came to fruition. Sitting alongside his parents in the Ball Estate, LaMelo beamed from ear to ear as his name was called for millions to witness.

The scrawny kid from Chino Hills, whose father removed him from high school to play in Lithuania, return to the states to start a new league, go back to high school to gain stateside recognition, go back overseas to Australia to attract more NBA scouts — redemption at its finest.