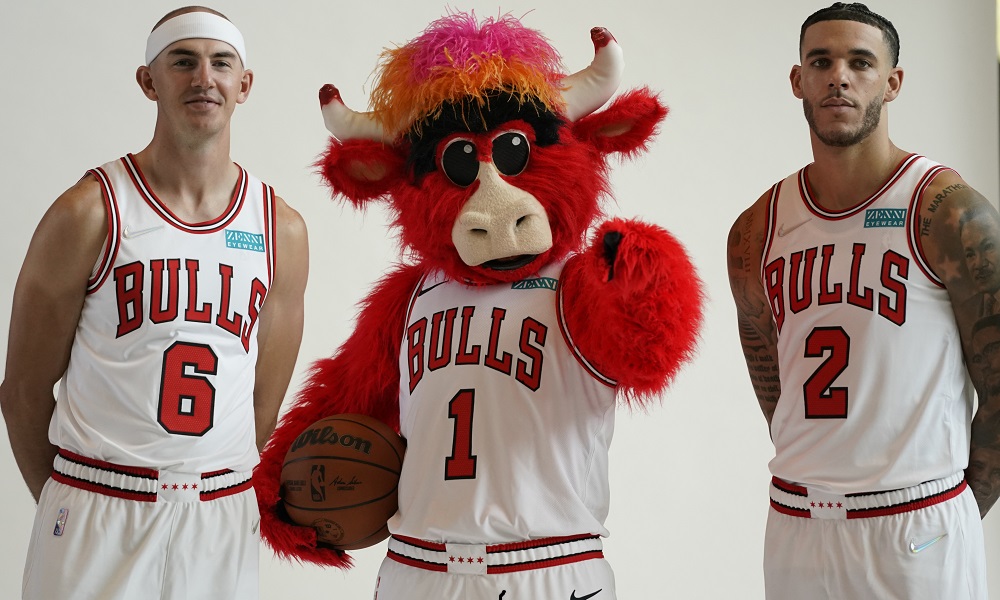 Lonzo Ball played great basketball for the Chicago Bulls last season before his unfortunate knee injury that ended his season after just 35 games. Lonzo’s teammates miss having him around, which was shown to be true when Alex Caruso talked about playing with Lonzo Ball.

Alex Caruso is a fan favorite. This has been true ever since his days as a member of the Los Angeles Lakers, where he won the 2020 NBA championship.

Caruso has played with some of the best players in the league, including LeBron James and Anthony Davis. He also plays with Lonzo Ball, and he recently talked about what playing alongside Lonzo means to him.

“We have a lot of the same qualities—that anticipation, the knack for making the right play, getting deflections,” Caruso said of Lonzo in an interview with NBC Sports Chicago’s K.C. Johnson. “And then he’s so lethal in transition. His numbers are off the charts. Mine were pretty decent, too. We can play off each other in transition and it’s a lot of fun. We fly around. We cover up for other people. We cover up for each other. And then you can put us on the other team’s best player and go 1-on-1 most times and have a pretty good chance of getting a stop.

“It was a lot of fun for me just being out there and have another guy like I had in LA with that championship run where it was just like, ‘The other team has no chance.’ I miss it a little bit, yeah.”

Caruso is absolutely correct about how he and Lonzo gelled together on the court. When they were both on the court, Chicago looked like a much better team, offensively and defensively.

Caruso would continue to say nice things about Lonzo in the interview.

“I know once he comes back, it’s going to be like it was before,” Caruso said. “We’re going to cause havoc for people. Lonzo is a special talent. He’s the second-overall pick for a reason. And he’s gotten better each year. He’s a big piece for us.”

This is high praise from Caruso about Lonzo. It goes to show how valued Lonzo is to his teammates in Chicago. They certainly want him healthy and back in the lineup, and we all hope that day comes as soon as possible.