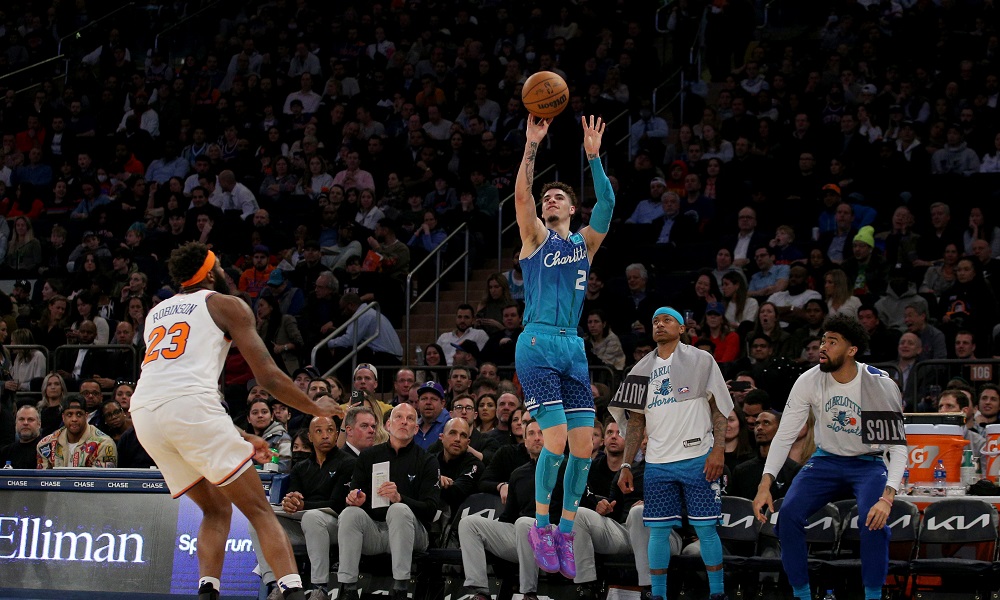 Today’s NBA is a game of analytics and metrics. It seems like analysts and fans alike are glued to these stats as a way of finding out how good a player is. So, the question we ponder is about LaMelo Ball’s metrics. How efficient has LaMelo been?

LaMelo Ball has played two seasons in the NBA, and he’s getting ready to start his third campaign. In his second season, LaMelo’s points, rebounds, and assists averages have all risen.

This isn’t to say LaMelo had a bad rookie season. In fact, he had a great one, averaging 15.7 points, 5.9 rebounds, and 6.1 assists per game. He also won the Rookie of the Year award.

If you strictly look at the main stats, then you’re not getting the complete picture of how good a player is. This is where those advanced stats come in.

When it comes to LaMelo Ball’s progress in his two NBA seasons, if you dive deeper, rather than focusing just on his scoring, assisting, and rebounding stats, you can truly discover how impactful of a player he is. The way we’re going to do this is by looking at LaMelo’s metrics.

This is the perfect way to see how efficient LaMelo is when he’s on the basketball court. In an article by theanalyst.com, they broke down LaMelo’s metrics.

LaMelo’s relative true shooting increased by 2.1 points, and he raised his three-point rate from .388 to .451 and his three-point percentage from 35.2 to 38.9. Another intriguing stat from last season was for players who attempted at least 500 threes, LaMelo had the third highest percentage at 38.9%.

LaMelo’s three-point shooting is good, but his midrange is where he struggles a bit. From the midrange, LaMelo shot 46.2%, which was 7.1% below the league average.

If LaMelo can improve on his midrange game, then he could become one of the better shooters and scorers in the league. It has been exciting to watch LaMelo in his first two seasons thus far, and we’re all ready to see how he performs in his third year.