It has been three years since a Big Baller Brand shoe has made an appearance in an NBA game. With turmoil surrounding the brand in 2019, the company took a hiatus and reappeared with a new marketing scheme.

The focus was to feature LiAngelo Ball, who at the time, was not playing basketball while rehabbing an injured ankle. Both Lonzo and LaMelo decided to distance themselves from the triple B’s, but LiAngelo stayed put along with father, LaVar.

The brand is still holding strong, albeit not nearly to the tune it was in 2017, but relevant nonetheless. With LiAngelo now an official member of the Charlotte Hornets, Big Baller Brand can make its imprint back into the NBA.

LiAngelo was the last Ball brother to get his own signature shoe. The G3 Lux debuted in 2018, but again, was rarely seen during a game due to injury. 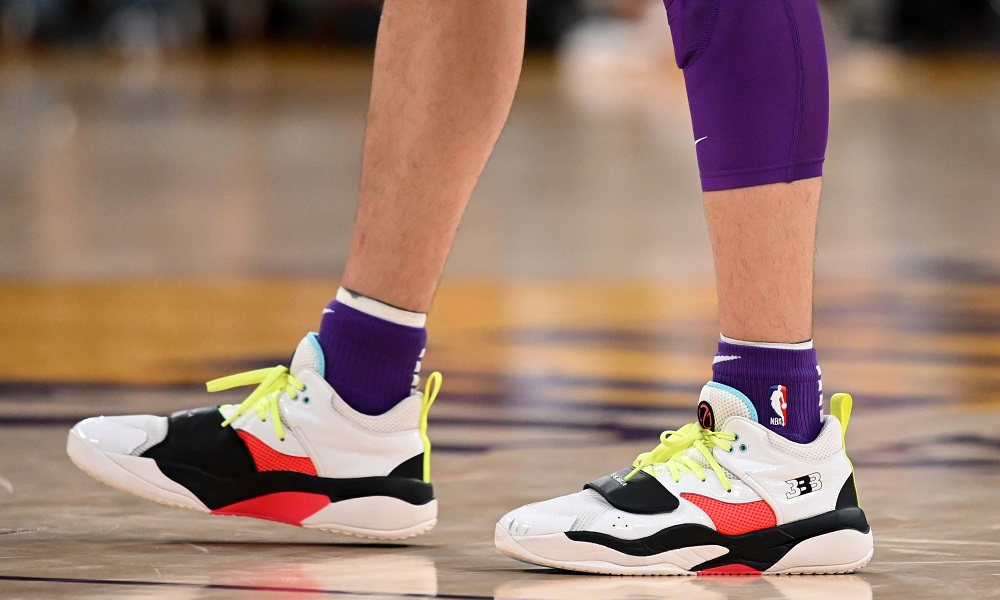 LaVar has stated on numerous occasions he’d like to expand his brand to other athletes and offer them ownership in favor of an outright endorsement deal. He even pitched the idea to Kyrie Irving, whose NIKE deal is set to expire.

The triple B’s are not dead, but this can certainly offer a resuscitation of sorts for the brand.