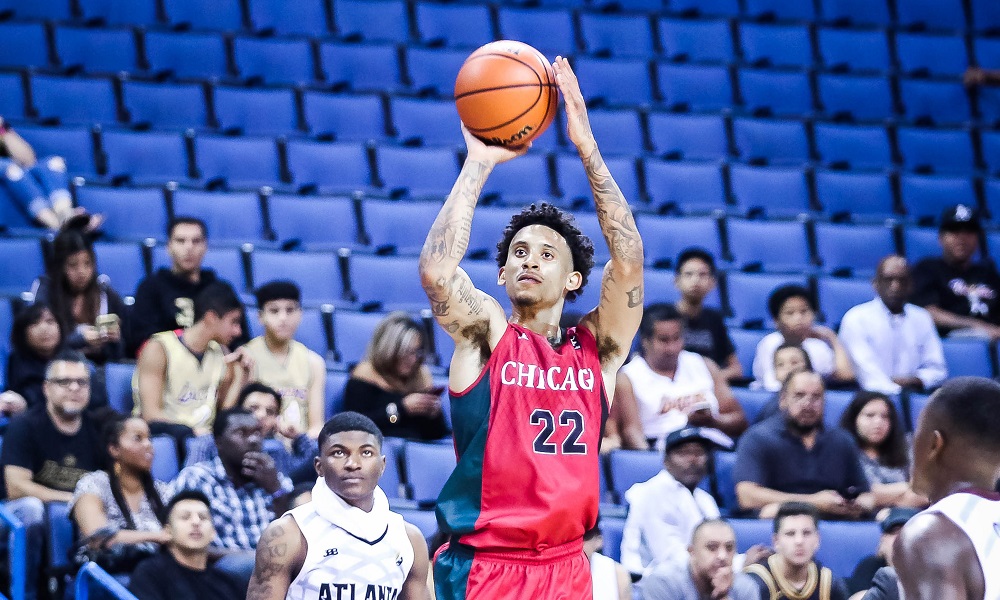 Deon Lyle, like many former JBA League alums took the beaten path of most resistance for his basketball journey. After a stint at Cloud Community College, he parlayed his stellar play into a division one scholarship to UTSA where he received Sixth Man of the Year honors his first season.

While he enjoyed his time at UTSA, he saw an opportunity in LaVar Ball’s JBA League, and never looked back.

With the Chicago Ballers, Lyle earned an All-Star selection, where he won the MVP of the game, and was a part of the JBA USA team that traveled overseas.

Lyle has had a few pro stops with the Aragats (Armenia Basketball League), Albany Patroons (TBT), Tijuana Zonkeys (CIBACOPA), Enid Outlaws (TBT), FAP, and his latest stint in the TBT with the Potawatomi Fire — where he averaged 18 points and five rebounds. Now, he has his sites on taking his talents to the NBA with a brief intermission in the G-League.

He spoke with Ball Exclusives about his plans. 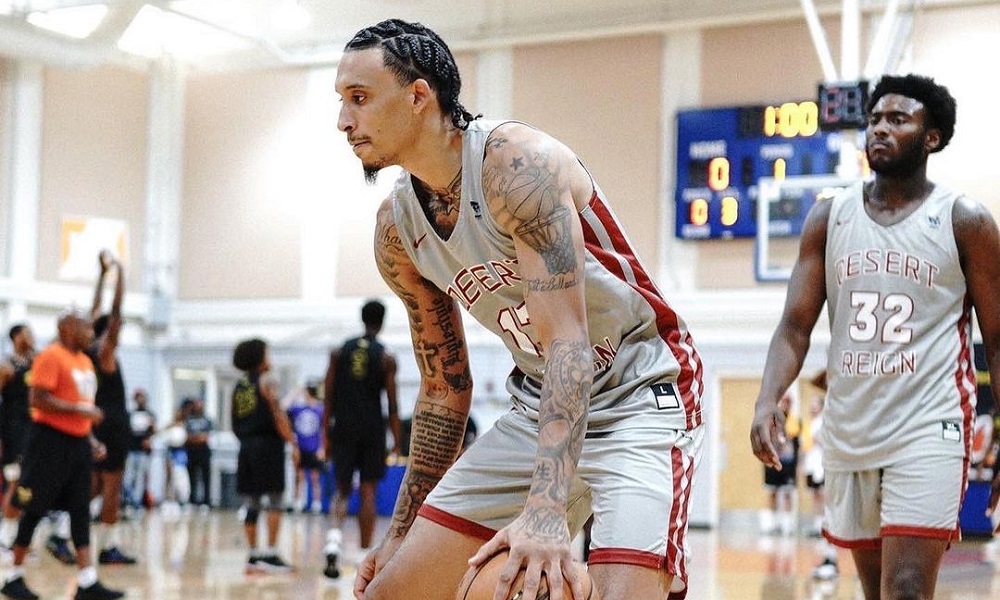 Deon Lyle prepares for a Pro-AM contest with Desert Reign.

He also spoke about his immediate basketball plans.

“I’m trying out for the Austin Spurs G-League in September. I plan on staying in the states to watch my son grow up. After I dominate the G, [I’m going to] sign with the Spurs and play the rest of my career here.”

Lyle continues to persevere to achieve his ultimate goal of playing in the NBA.