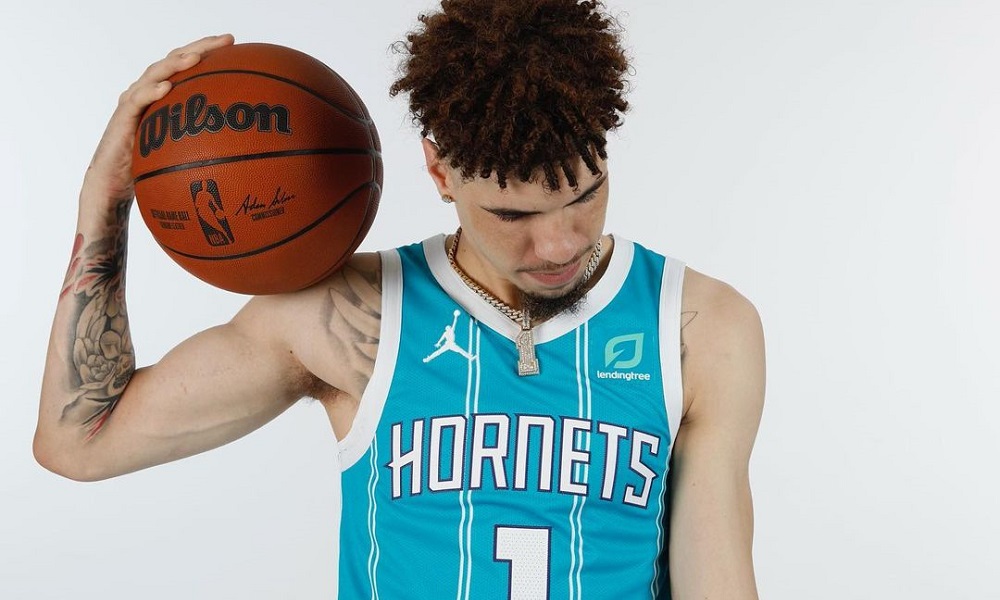 Charlotte Hornets budding superstar LaMelo Ball is on the cusp of a breakthrough season one can almost taste it. The youngest Ball brother has made strides each of his first two seasons and shown enough promise to garner his first all star game selection as well.

Now, Ball is growing from a teen to a man (literally turning 21 this month) right before our very eyes. Like most young players, it takes time to adjust to the NBA game, and while Ball is a prodigy in his own right, the physical limitations alone cause its own challenges.

As he continues to fill out his 6-foot-7 frame, it is not beyond the pale to expect his game to continue to grow along with his size. Take other young players who had the same proverbial growing pains and how the added size and strength impacted their games.

Giannis Antetokounmpo for example, was a 6-foot-9 200 pound 19-year-old kid his first year in the NBA. Fast-forward to now, he’s added two inches in height and over 40 pounds of mass to his frame. The added size has helped parlay him into multiple awards including two MVPs, an NBA title, and a Finals MVP as well.

For Ball, it’s likely he has stopped growing height wise, but at 6-foot-7, one can expect continued added muscle and size, which will allow him to be even more effective while penetrating to the basket.

His numbers to date in his career have largely increased across the board. With a new coaching regime, I expect those numbers to flourish with added offensive responsibilities and increased minutes.

We have seen what Ja Morant did in year three. Expect a similar meteoric rise from LaMelo Ball as well.