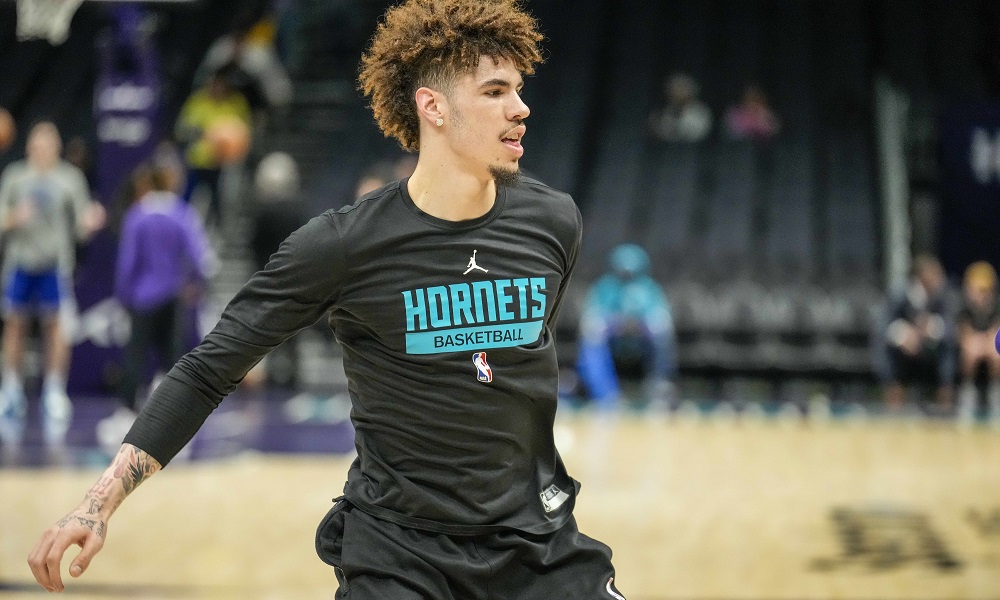 The LaMelo Ball and Jordan Poole matchup will be the deciding factor in the game between the Charlotte Hornets and Golden State Warriors. Even without Steph Curry playing tonight for the Warriors, the Hornets will have difficulty beating the Warriors in the Chase Center in San Francisco. 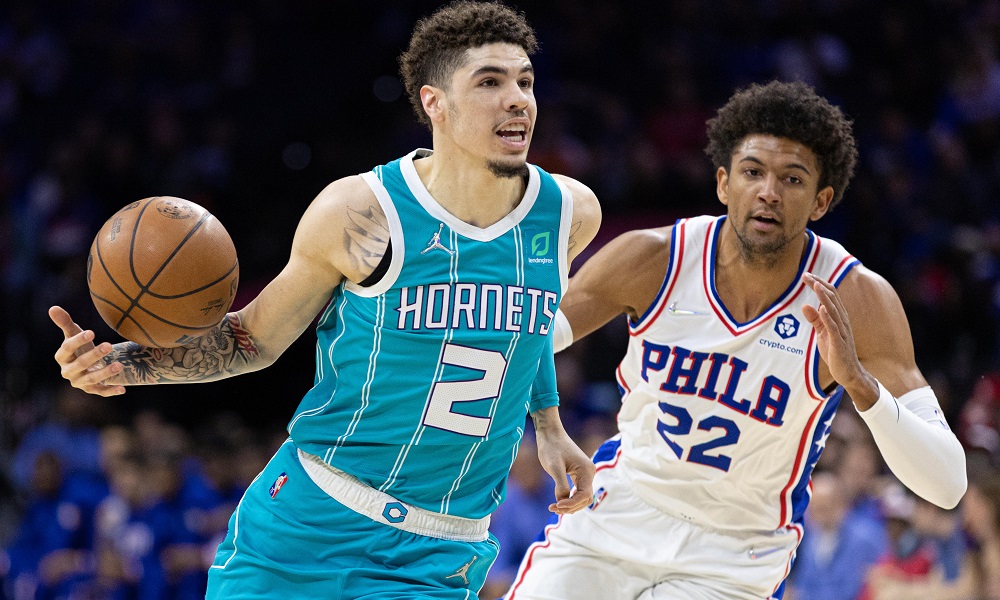 LaMelo Ball looking to make a pass in the paint against the Philadelphia 76ers. Bill Streicher-USA TODAY SPORTS

If LaMelo Ball plays an excellent game on both the offensive and defensive sides of the ball, the Hornets will defeat the Golden State Warriors in the Chase Center. Ball will need to hold Jordan Poole to no more than 15 points, which will be a significant challenge.

When Steph Curry is out of the lineup, Jordan Poole performs like a version of Steph Curry, which spells considerable trouble for the Hornets if this pattern continues against them.

Even though the Charlotte Hornets will probably play well against the Golden State Warriors at the Chase Center tonight, the Warriors give teams their best at home, and the Warriors’ best is too much for the Hornets. Expect a close game that will be competitive down to the game’s final seconds.

LaMelo Ball will perform well against Jordan Poole and the Warriors, but his performance and his teammates’ performances will not be enough to win against the defending NBA champions.

I wish we could see LaMelo Ball play against Steph Curry tonight, but, of course, Curry’s injury will not permit him to play. In the future, though, we will see them compete against one another, which will be a nice treat for us.