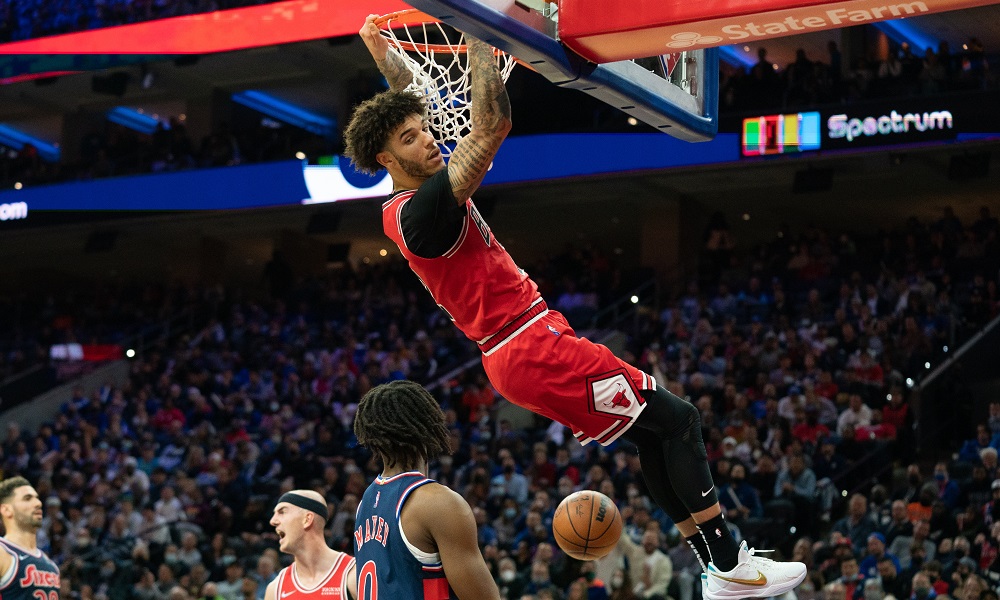 The Chicago Bulls are currently sitting with a 9-11 record. They haven’t looked the best this year, but according to a Twitter user, they could become championship contenders when Lonzo Ball returns.

Twitter user @BullsMuse_ shared a tweet recently with a bold claim. They claimed when Lonzo Ball returns, the Bulls will become championship contenders.

@BullsMuse_ also explained why this would occur, as well in the post. You can see their explanation in the tweet below.

When Lonzo Ball comes back, the Bulls will be a championship contender. Here’s why:

Lonzo was signed to be the centerpiece and facilitator of DeMar, Zach, and Vuc. Lonzo is a true playmaker who spreads the floor and weaponizes each players game on both ends of the floor. pic.twitter.com/ytcYAYkwWk