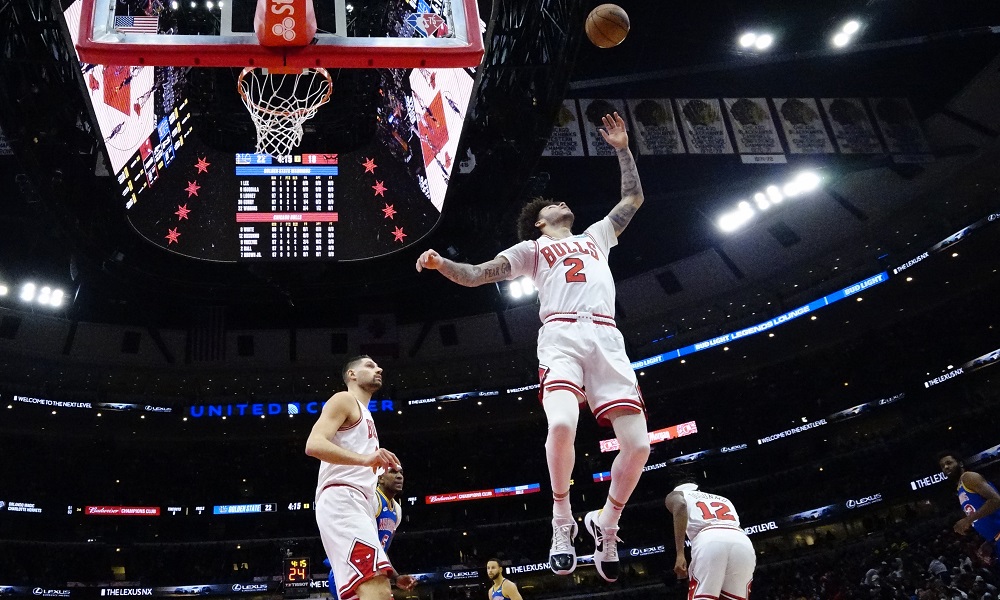 The Chicago Bulls look to rebound in 2022-23 after their collapse in the 2021-22 season. One of the main reasons for the collapse was the injury to Lonzo Ball. The Chicago Bulls’ record with Lonzo Ball was much better than without him.

Lonzo Ball is the engine that makes the Bulls’ offense work. With the Bulls planning on opening up their offense this season, Lonzo would fit in perfectly to help head coach Billy Donovan’s new offense.

The Bulls record when Lonzo plays

The Chicago Bulls held the best record in the Eastern Conference last season up to the 25th of February, where they were tied with the Miami Heat at 39-21. Chicago finished with a 46-36 record on the season.

This proves that the Bulls are a better team when Lonzo plays. It’s been reported that Lonzo would return by January at the earliest. Bulls fans hope he can return sooner than later, as Chicago hopes to make the playoffs for a second straight season.