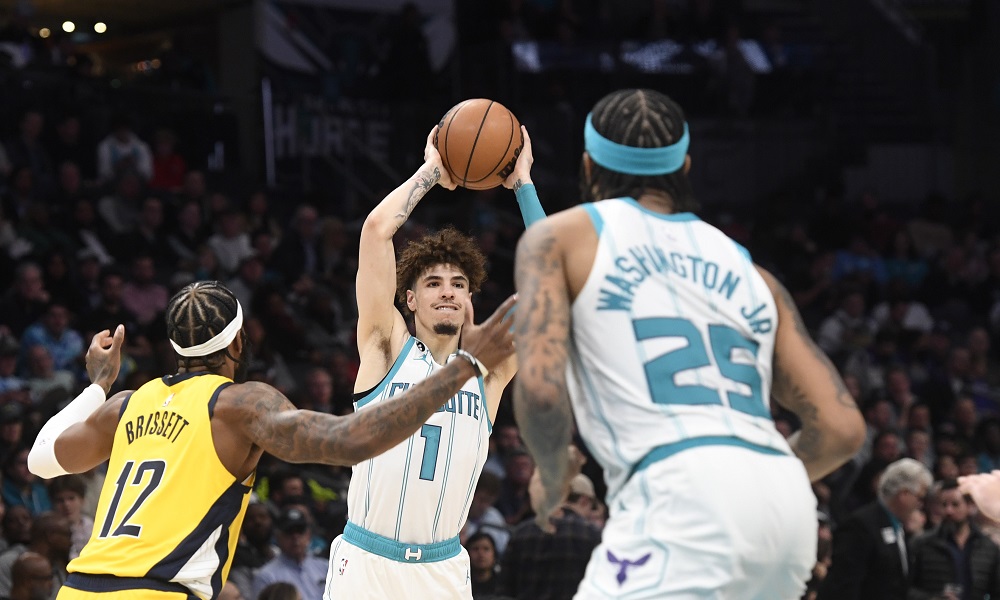 The Charlotte Hornets are trying to gel LaMelo Ball back into the offensive system. After missing the season’s 13 games, it’s no surprise the team may struggle at first at adding LaMelo into the mix.

After two sub-par shooting efforts, LaMelo found his touch, shooting 10-17 overall and 5-8 from downtown. Despite LaMelo’s 26 points, the Hornets fell 125-113 to the Pacers.

Despite the loss, LaMelo looked good individually. He also set up the offense very well, which is shown in a video shared on the Charlotte Hornets Twitter page.

Of course, LaMelo’s re-injuring of his ankle has Hornets fans worried. If LaMelo’s injury costs him to miss more games, then Charlotte’s chances of making the postseason could be doomed.

To see how LaMelo can affect the offense, check out the video below.