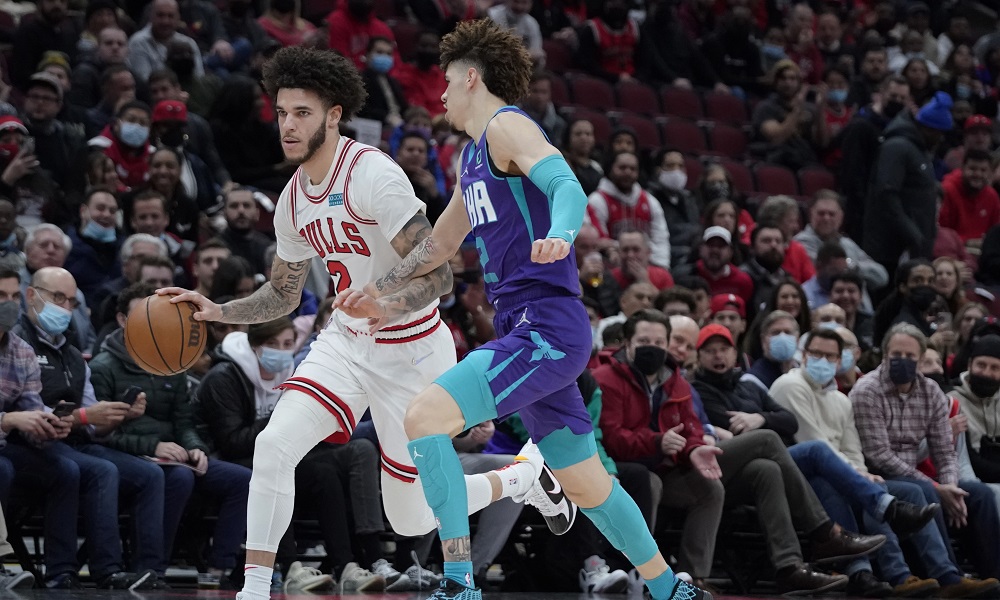 It’s natural for brothers to be competitive against each other. The Ball brothers, LaVar Ball’s sons, are no exception. Since LaMelo Ball and Lonzo Ball are both out with injuries, we’ll remember the time when LaMelo beat Lonzo in both NBA 2k and in real life.

It’s been well documented that LaMelo Ball loves to play video games, including NBA 2k. There was a funny video of LaMelo playing in his junky room.

There’s another video of LaMelo and Lonzo playing NBA 2k, where LaMelo wins. The brothers get competitive and eventually go outside to play some real basketball in an old-fashioned game of 1-on-1.

LaMelo would get the better of Lonzo in 1-on-1, as well. To see the matchup, watch the video below.