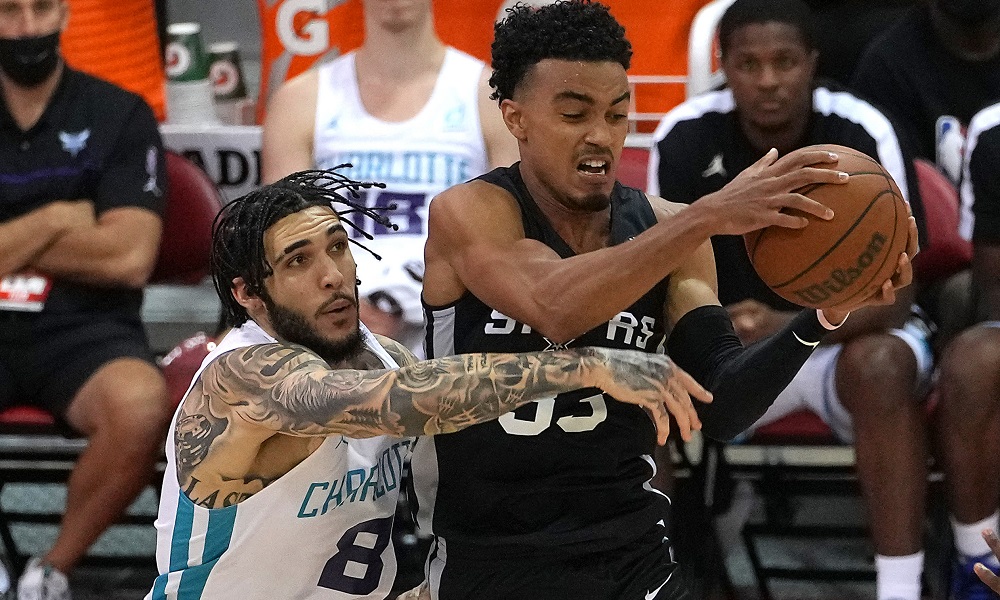 The news has broken that the Charlotte Hornets have waived LiAngelo Ball. The question now is, what does this mean for LiAngelo?

Now that his second chance has ended, we as fans have to wonder what this means for LiAngelo’s future in basketball.

Related: Charlotte Hornets plan to waive LiAngelo Ball before the start of the regular season

LiAngelo Ball’s unsuccessful attempt to make the Hornets’ roster looks to be his last shot at making it to the NBA. Unfortunately, LiAngelo doesn’t seem to have the same talent level as his brothers, Lonzo Ball and LaMelo Ball.

LiAngelo’s determination is there, and we know he will never quit trying to achieve his dreams, but sometimes our dreams are not reachable. So now what? This is a question LiAngelo will have to answer.

LiAngelo will most likely want to continue to play basketball, and there’s a chance he could return to the Greensboro Swarm, the Hornets G League affiliate. If LiAngelo can’t earn a spot back with the Swarm, he could also travel overseas to play in any of the fantastic international basketball leagues.

Whatever decision LiAngelo comes up with, we all wish him well. At the end of the day, we want to see LiAngelo out on a basketball court, playing the game he loves.