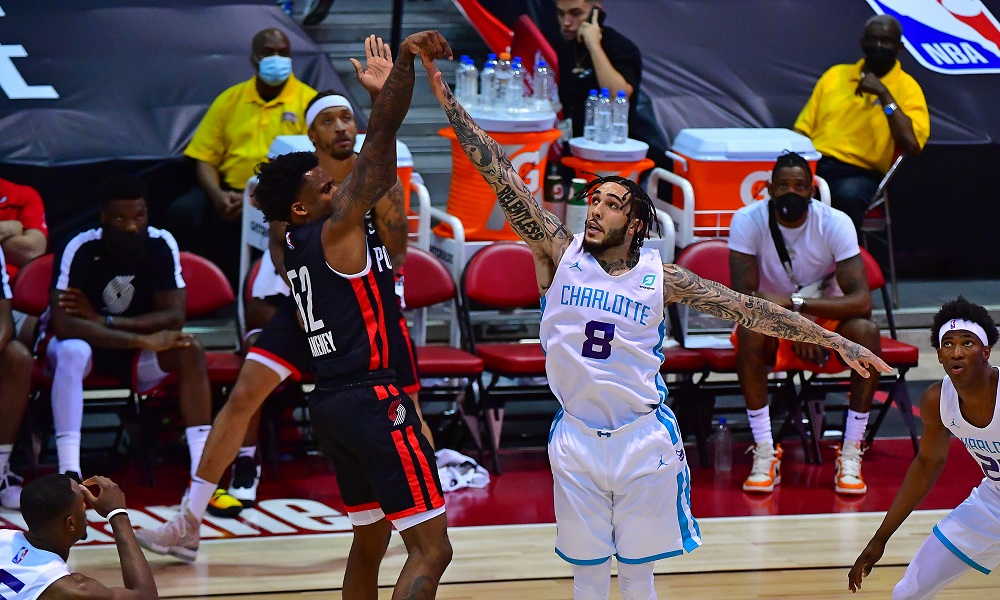 LiAngelo Ball is now an official member of the Charlotte Hornets. The announcement was well-received by fans during a troublesome offseason for the Hornets.

The deal is a non-guaranteed contract, but it secures LiAngelo a training camp spot and an official place on the roster.

Social media received the news early, and the reactions took off instantaneously. Take a look at some of the best reactions below.

Gelo is signing a non-guaranteed deal with the Hornets ⭐️ (per @ShamsCharania) pic.twitter.com/fbYYWU2P8g

The Hornets have signed LiAngelo Ball, the team announced.

The terms of the deal were not disclosed. pic.twitter.com/Sheg1E7v4X

LiAngelo Ball is signing a non-guaranteed deal with the Charlotte Hornets, per @ShamsCharania

This is for EVERYONE who said LiAngelo COULDN’T or WOULDN’T.

This is a big deal! pic.twitter.com/YDFJpj3QzW

LiAngelo Ball just signed a one-year non guaranteed deal with the Charlotte Hornets. Told Hornets fans he will get signed by the team before Free agency started! Hornets should announce what they are doing with Bridges this week. https://t.co/8MRPGHt2KL

I’m sooooooo happy @LiAngeloBall finally getting his shot in the @NBA . Jordan and the @hornets made a sound decision. @Lavarbigballer your dream came true big dawg. Many laughed at you, but you shot 10/10 🤞🏾

I’m happy for Gelo. He never gave up hope and stayed the course. Happy to see its paying off.