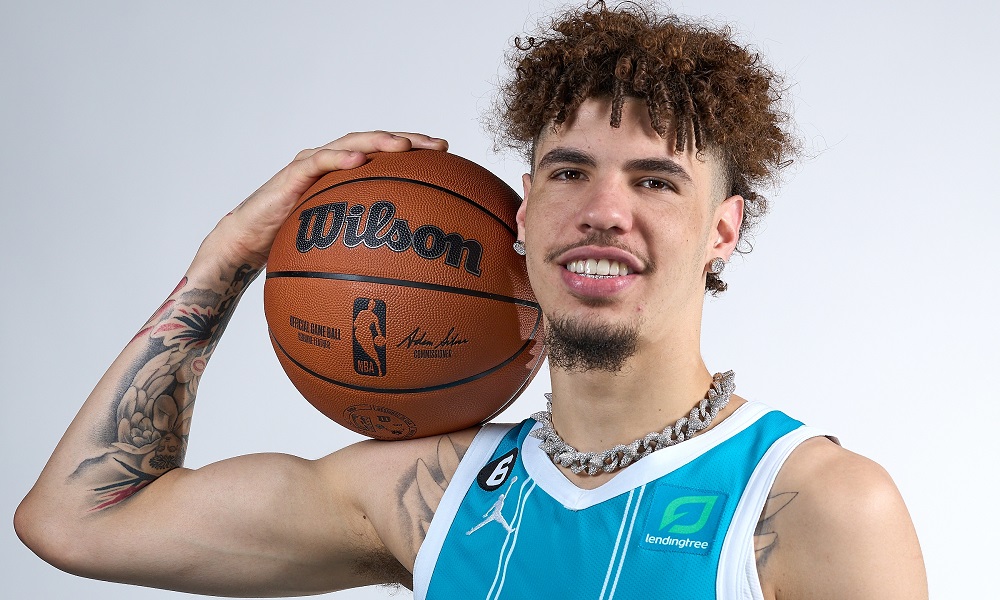 The 2022 NBA season is vastly approaching and the Charlotte Hornets kicked off its official media day today. After a disappointing ending to the 2021 season, the Hornets are looking for a fresh start.

The day started off with an emphatic bang when Hornets GM Mitch Kupchak announced LiAngelo Ball was given a non-guaranteed contract. Throughout the interviews, photo sessions, and hype, LaMelo Ball was there to take it all in.

In a behind the scenes first-person look, LaMelo took a camera, and immediately gave a hilarious disclaimer. “I got to watch my language, or they can’t use the film.” For those who know the young Ball brother, profanity is built into his daily vocabulary.

Throughout the video, LaMelo jubilantly goes around to multiple teammates displaying immense camaraderie. From the first interaction with Nick Richards, whose shoe color matched LaMelo’s, “Oh you see the orange kicks. He trying to be like his daddy.”

Several more from James Bouknight, Kelly Oubre, Mark Williams, and Gordon Hayward, were all caught on display. Take a look at the behind the scenes footage below.