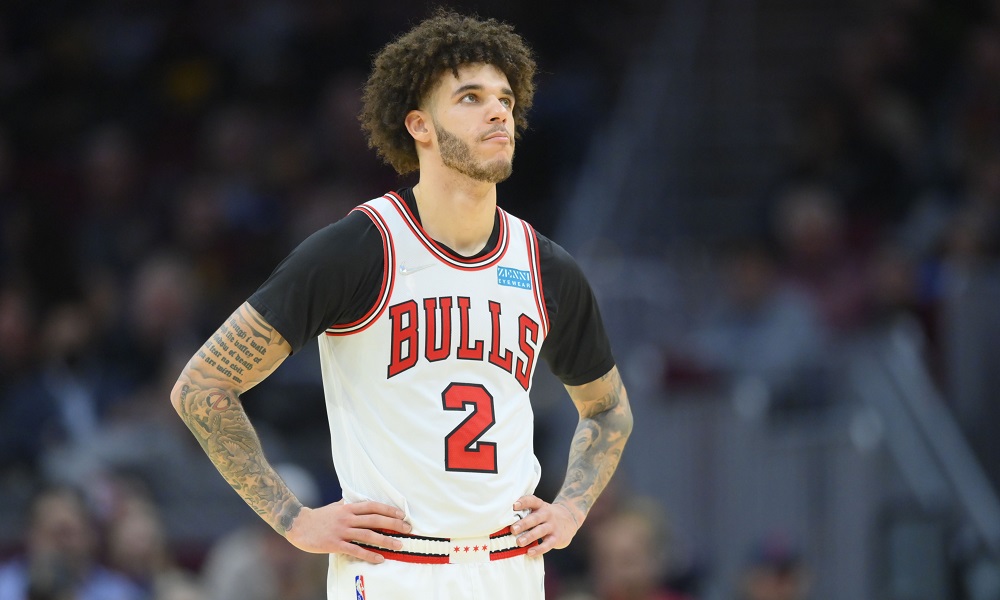 The Chicago Bulls fanbase is still trying to get over what happened to their “second coming” in Derrick Rose. Yes, D-Rose was supposed to bring the city of Chicago its first title since the Michael Jordan days.

Yet, Rose got hurt, over and over again. He never returned to his 2011 MVP self. Rose tore his ACL in Game 1 of the 2012 opening-round series vs. the Philadelphia 76ers.

Rose was never the same after the injury, and a certain Chicago sportswriter fears Lonzo Ball could be headed down the same path.

Related: Lonzo Ball is not close to returning this season

Chicago Bulls writer, Sam Smith, believes Lonzo Ball is on the same path as Derrick Rose. He wrote this about Lonzo Ball and his injury history:

“I worry about the Derrick Rose syndrome,” Smith wrote per NBA.com. “For those who recall, the season after Derrick was injured in the 2012 playoffs, the media and fans became obsessed with Rose’s return to the point he was blamed for not returning, and before long the media and the community turned on him with the belief he didn’t want to play. Which was as erroneous as could be because no one in basketball ever returned from his injury in less than a year, and now especially players take a year for lesser injuries. But because Derrick never said much, the media speculation went into overdrive and carried the public along with it.”

What do you think? Is Lonzo Ball on the same path as Derrick Rose? Or will he recover to full health and play to the level we saw at the beginning of last season?

For now, we don’t have these answers. Hopefully, soon, we will.