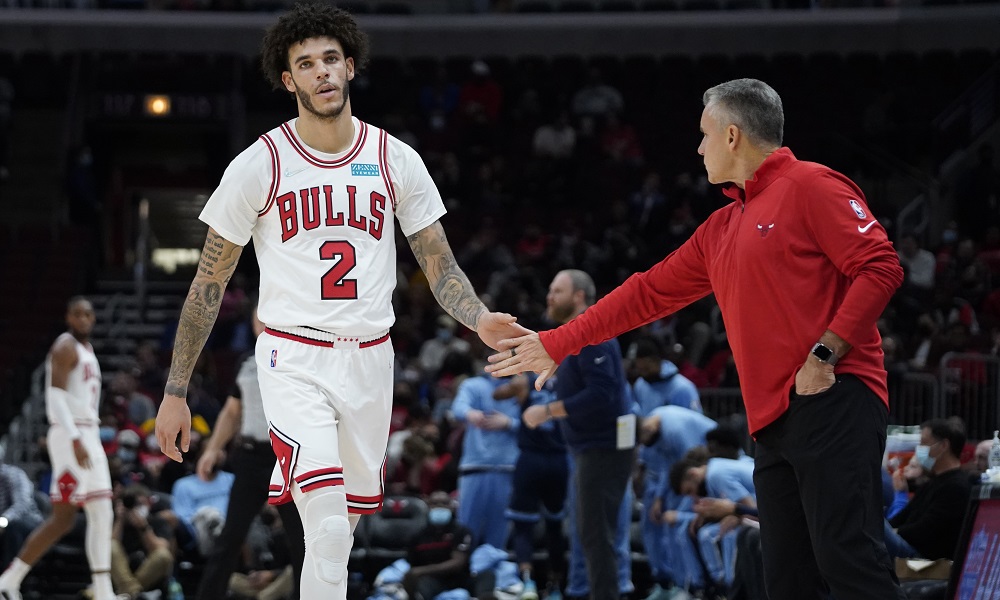 The Chicago Bulls are struggling mightily this season. They have a 6-10 record, and they’re on a four-game losing streak. What they need is for Lonzo Ball to return, but the latest update may not be what fans want to hear.

Lonzo Ball has been rehabbing his injury, trying to get back on the floor for the Bulls. Unfortunately, it doesn’t look like that will happen anytime soon, at least according to Bulls head coach Billy Donovan.

“Outside of that, until he’s running, jumping or cutting, I just don’t know how far away [he is].”

The idea of Lonzo not running yet in his recovery is disheartening to hear for Bulls fans. Still, fans wouldn’t want to rush Lonzo back just to have him re-injure himself again.

Bulls fans will have to remain patient to get Lonzo Ball back healthy and ready to go. Hopefully, Chicago won’t be too far out of the playoffs race by that time.