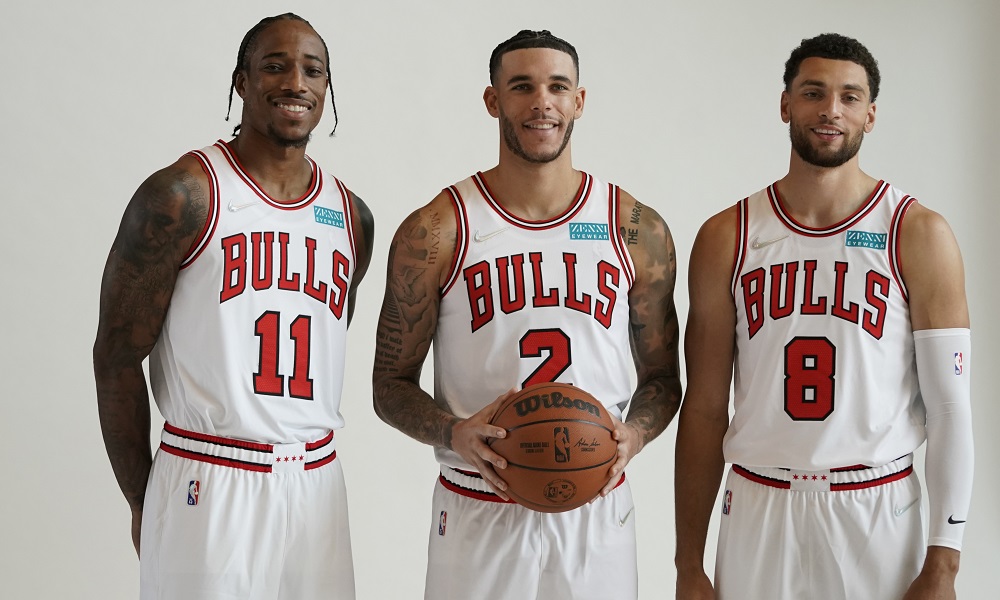 Even with the Lakers’ failure, having a Big 3 is usually the receipt of success for an NBA franchise. Last season, the Chicago Bulls had their own Big 3 in Zach LaVine, DeMar DeRozan, and Lonzo Ball.

Related: Lonzo Ball update is not what Bulls fans want to hear

Can Lonzo Ball return to reignite the Bulls’ big 3?

The Chicago Bulls started last season hot, and everyone was saying the Bulls had a shot at winning the East. This quickly faded once Lonzo Ball’s season ended with a knee injury.

Chicago’s season this year has started slow, as they currently sit 12th in the East with a 6-10 record. Lonzo has not suited up this year as of yet, and he’s likely to be out until the new year.

Still, it’s nice to think what the Bulls could be when Lonzo returns. It’s also great to look back at some games the previous season when Chicago’s Big 3 was on the court.

Check out the tweet below from Twitter user @BullNationCHI to reminisce on a great game from Chicago’s Big 3 vs. the Los Angeles Lakers.