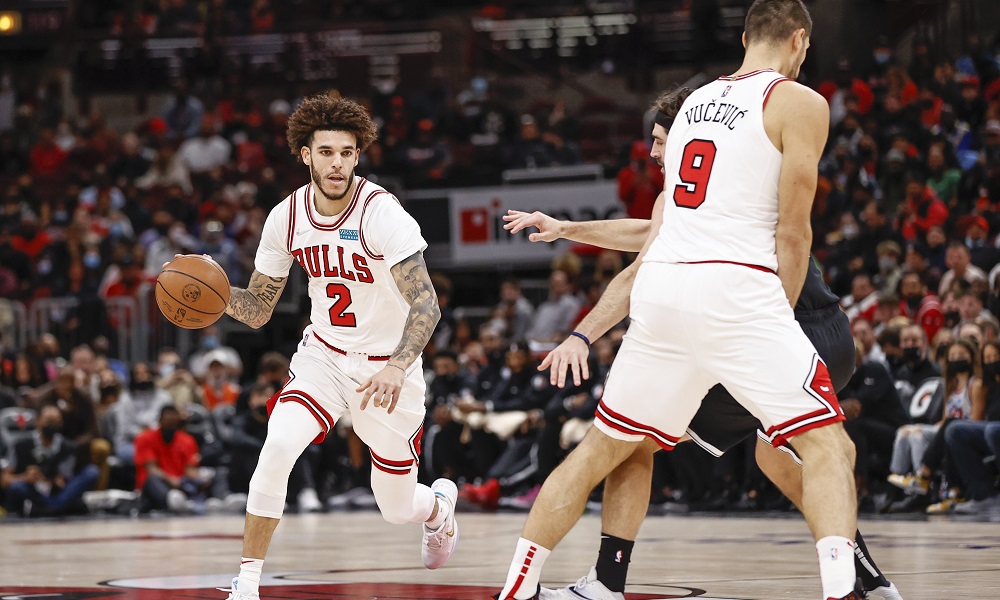 Lonzo Ball is one of the best point guards in the league when he’s healthy. The Chicago Bulls traded for Lonzo in 2021, and despite his season ending early from a knee injury, Lonzo played solid ball.

Even though Lonzo has a certain control over the Bulls’ offense that is obvious when he plays, there recently has been a question going around that will shock most Bulls fans. This question is: should the Bulls trade Lonzo Ball?

Fan asks if the Bulls should trade Lonzo

In the video, a fan submitted the question of should the Bulls trade Lonzo Ball. His reasoning was that when Lonzo returns to the floor, he’ll be rusty. Plus, he’ll mess up the Bulls’ chemistry, especially Goran Dragić‘s play, which has been great.

What do you think? Personally, Chicago should keep Lonzo, as he’s a great teammate and should fit in perfectly.

To hear the fan’s opinion, check out the video below.